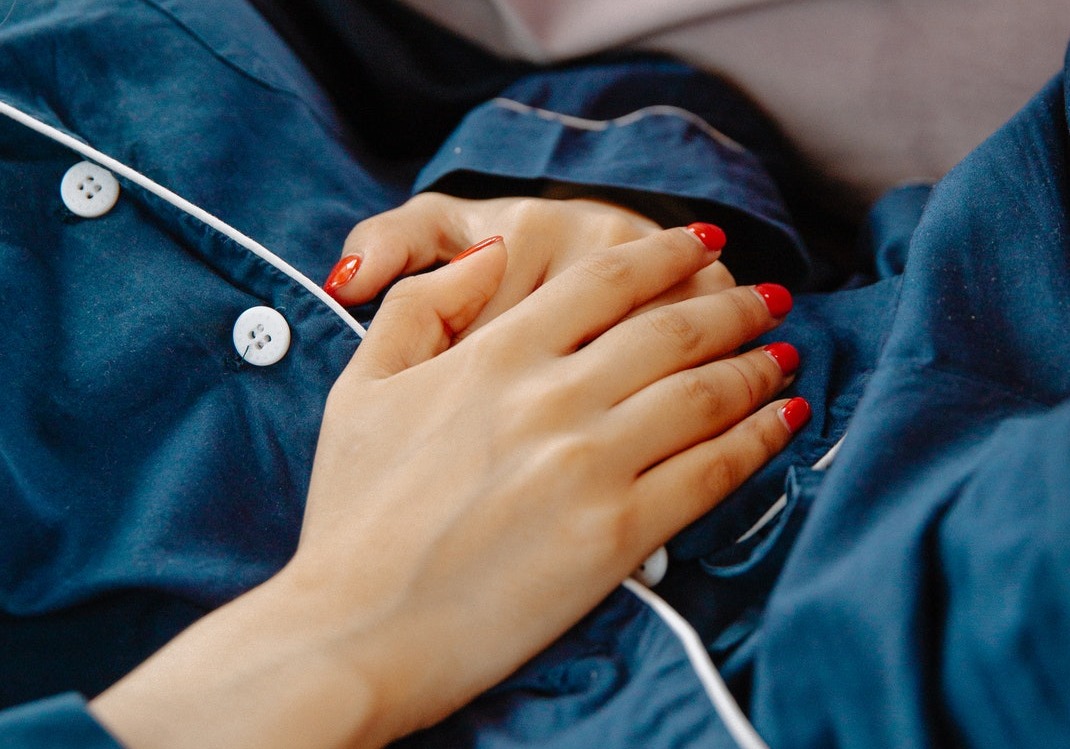 We have a second brain in our guts. Known as the enteric nervous system, it consists of a mesh-like network of around 100 million neurons lining the entire gastrointestinal tract. These neurons include a range of cell types operating via a complex system of circuitry largely independent of the central nervous system.

The enteric nervous system is in close contact with the other set of neurons we carry around in inside our heads – otherwise known as our brain. During sleep, the brain passes through 90 minute cycles of slow wave sleep frequencies, followed by rapid eye movement sleep, which generates dreams. Fascinatingly, the gastrointestinal (GI) tract seems to mirror this pattern, with 90 minute spells of slow-wave muscular contractions, followed by short phases of rapid muscle action.

It’s well known that messages relating to mental health travel from brain to gut. Acute psychological stress, for example, causes the brain to send signals to the GI tract that might result in nausea, a feeling of butterflies in the stomach or worse. Mood disorders such as long term anxiety and depressive-type symptoms are closely linked to irritable bowel syndrome and autistic children frequently experience gastrointestinal problems.

However, this messaging system, along the gut-brain axis is actually bidirectional – signals affecting our emotional and psychological well-being also travel from gut to brain.

So what does the gut tell the brain? How does it convey these messages? And are they influenced by the food we eat?

The GI tract contains an entire ecosystem of bacteria, the gut microbiota, weighing in at around 1 kg in the average human adult and consisting of 400 to 500 distinct species.

A wealth of scientific evidence suggests that these bacteria can communicate with the brain via the GI enteric nervous system, along what has become known as the microbiota-gut-brain axis.
The exact composition of the gastrointestinal microbiota is unique to the individual.

Microbial imbalance within the GI tract, known as dysbiosis, is associated with anxiety, depression, autism and functional GI disorders, including irritable bowel syndrome, and may even affect memory and cognitive performance. Also, studies on germ-free mice suggest that bacterial colonization of the gut is essential for development of both the enteric and central nervous systems.

Most people are aware of food products such as fermented milks or yoghurts and tablets that contain probiotic bacteria. These are thought to alter the composition of the gastrointestinal microbiota in a positive way, providing digestive benefits and perhaps also enhancing the immune system.

However, scientific evidence suggests that probiotics may also improve emotional wellbeing. For example, administration of the probiotic, Lactobacillus plantarum PS128, reduced anxiety-like behaviour in normal mice and depression-like behaviour in mice subjected to an early life stress. Intake of a supplement containing 3 freeze-dried probiotics for 8 weeks led to significant improvements in the mental health of people suffering from a major depressive disorder.

Another investigation involving magnetic resonance imaging (MRI) revealed that activity in areas of the brain involved in emotional processing could be measurably altered by intake of a probiotic in a fermented dairy product over a 4 week period, and research on healthy Japanese medical students taking an emotionally demanding cadaver dissection course showed that ingestion of Lactobacillus gasseri CP2305 improved their anxiety levels, depressive mood and sleep quality.

Free whitepaper: The potential role of the intestinal gut microbiota in obesity and metabolic syndrome

So why should pro- and prebiotics make us feel better? Why should a little bottle of fermented milk or a couple of capsules of a particular lactobacillus strain give us such a lift?

Serotonin
Serotonin or 5-hydroxytryptamine is a neurotransmitter sysnthesized in the body from the amino acid, tryptophan. It’s thought to play a key role in the central nervous system, including the regulation of emotions, appetite, sleep and stress levels. Serotonin is closely linked to the pathogenesis of depression and is the main target of the group of antidepressants known as SSRIs (selective serotonin reuptake inhibitors). It also plays an important role in the regulation of gastrointestinal functions, such as motility and intestinal secretions.

Researchers believe that some probiotics may increase production of tryptophan in the gastrointestinal tract, which in turn leads to higher levels of available serotonin.

Inflammation
Depression is associated with increased levels of inflammation in the body. It’s possible that this inflammation is caused by increased permeability of the gastrointestinal membrane or “leaky gut”, which allows lipopolysaccharide endotoxins secreted by some bacteria present in the gut to enter the bloodstream, where they can trigger an immune response. These endotoxins have also been shown to decrease availability of tryptophan and zinc.

Probiotics may improve the integrity of the gastrointestinal lining and reduce entry of endotoxins into the bloodstream. This would decrease overall levels of inflammation, which, in turn may enhance regulation of the HPA (hypothalamic-pituitary-adrenal) axis – a neuroendocrine system that controls reactions to stress - and promote activity of neurotransmitters, such as serotonin.

What else can we eat to improve our mental wellbeing?

Foods containing tryptophan
Serotonin isn’t available in the diet, but there are many dietary sources of its precursor, tryptophan. Highest amounts are found in certain seeds and nuts (e.g. chia seeds and pistachios). Soybeans are also a good source of tryptophan, followed by cheeses, red meat, poultry, fish, sea foods, oats, beans and lastly, eggs.

Prebiotics
Prebiotics are non-digestible oligosaccharides (e.g. inulin, fructooligosaccharides and galactooligosaccharides) that promote the growth of gut bacteria. They occur naturally in vegetables, such as chicory, onions and Jerusalem artichokes and are commercially available in a range of nutraceutical products, supplements and functional foods.

Some of these oligosaccharides can also affect mood. For example, administration of a particular prebiotic containing galactooligosaccharides to healthy human participants improved the processing of emotional information and hormonal responses related to anxiety.

Fermentation of prebiotics and other sources of dietary fibre by gut bacteria can also lead to production of short chain fatty acids, including acetic-, propionic- and butyric acid. Studies suggest that these fatty acids can improve integrity of the gut barrier and GI health; they can also promote growth of beneficial probiotic bacteria, so they may also have an impact on mental health, but scientific evidence of this is scant at the moment. Soluble fibre sources in the diet include pectins from fruits such as apples, blackberries and oranges, as well as resistant starches from wholegrain cereals, beans, lentils, pasta and potatoes.

GABA
GABA (gamma-aminobutyric acid) is a neurotransmitter that plays a key role in the functioning of the central nervous system and is involved in the aetiology of depression. It can be produced from glutamic acid and its salt, glutamate, by some probiotic bacteria in the GI tract.

There is some controversy about the impact of GABA on mental health. It has been argued that foods or supplements containing GABA are unable to provide any benefits because GABA cannot cross the blood brain barrier. However, other studies suggest either that GABA can cross the blood brain barrier or that it exerts its effects by direct interaction with the numerous GABA receptors distributed around the enteric nervous system, which is connected with the brain by the vagal nerve.

Despite this controversy several studies suggest that oral intake of GABA can provide psychological benefits. In one experiment, administration of GABA improved sleep quality, and in another study, administration of glutamate to rats in tablet form significantly improved learning and memory performance.

Clearly, the enteric nervous system plays an important role in our mental health and wellbeing and several studies suggest that the foods we eat may significantly affect gut-brain messaging. But it’s important to remember that foods are complex mixtures – they may contain particular compounds that could improve mental health, but some of their other components might have damaging effects. Similarly, concrete unbiased evidence for the benefits or otherwise of supplement use is quite difficult to find.

Nevertheless, there’s a lot of research going on in this area. Perhaps in the future, scientists will be able to tell us with certainty and confidence what we should and shouldn’t be eating. Then we’ll all be happy.

Related content:
Gut instinct: Explaining our microbiome
Why a Glass of Red Wine is Good for your Gut
How does food affect mood?