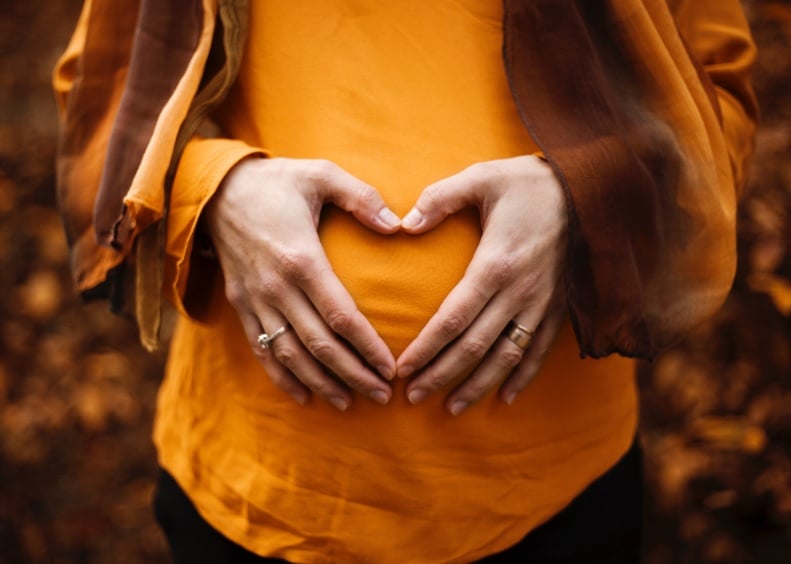 As philosophical as the title might sound, scientists and researchers in the field of microbiology are addressing the increasingly relevant question of whether we are human, or just a home for microbes. 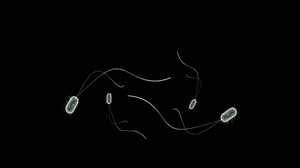 Our bodies play host to a variety of micro-organisms from bacteria, archaea, protozoa to fungi, which reside in your body and are classified as your microbiome.

Traditionally it was believed that colonization of a baby’s gut occurred during the birthing process in the birth canal. The womb was considered a sterile environment for the unborn baby, but evidence has pointed to the fact that the womb itself is not free of micro-organisms at all. [3]

The placenta microbiome is one of the key sources which has been demonstrated to influence the foetus’s microbiome. Placental colonies themselves are fed from the mothers oral and gut microbiomes and not the virginal biome, as thought previously.

In utero, colonization of the neonate’s microbiome is thought to prepare the foetal immune system for its continuous development outside the womb and its role as a host to micro-organisms. [4].

Post-birth, the continued microbial colonisation runs with the maturation of the immune system. By 3-5 years of life an individual’s microbiota becomes similar to that of an adult. However, during maturation into adult life there can be a variety of factors which can alter the gut microbiota, including genetic factors, infections, antibiotic treatments, surgery and long-term changes to diet, such as a switch from a meat-based to plant-based diet.

Studies have shown that as we age, our microbiome becomes less and less diverse. There can also be a shift in the species of bacteria populating the microbiome, which is likely to have links to wider factors such as diet, living environment and age, as evidenced in a study which found that the centernarian participants had less diverse microbiota than that of elderly people under 100 years of age, and older adults. [5]

Free whitepaper: The potential role of the intestinal gut microbiota in obesity and metabolic syndrome

More and more research shows that our gut microbiome and symbiotic relationships with micro-organisms plays a much bigger part in relation to certain diseases and our overall health than was originally conceived.

Clinical studies have shown that gut microbes communicate across our central nervous system (CNS) via different channels and routes, including immune, endocrine and nervous system signalling. Current evidence suggests that communication between the CNS and gut involves the enteric nervous system (ENS), sympathetic and parasympathetic branches of the autonomic nervous system (ANS), along with neuroendocrine and neuroimmune systems. The CNS is modulated by microbial metabolites such as short chain fatty acids (SCFAS), bile acids and tryptophan metabolites, which can all be influenced by an individual's diet composition and microbiome species profile. [6][7]

With such a link between our gut microbiome and the brain itself, research has been mounting in the area of neurodegenerative diseases. There is growing recognition that our gut microbiome may indeed play a role in the pathology of these diseases and in fact help us to manipulative the causative effects of some disease. The research although a long way off finding fundamental cures and prevention methods, the gut microbiome is proving to be a glimmer a hope for some neurodegenerative diseases that have such harrowing affects in the long term for their sufferers and families.

Research has recently picked up for one neurodegenerative disease; Parkinson’s disease, which has been proven to be linked to the gut microbiome. This neurological disease affects older adults, with nearly 2% of 65-year olds suffering from Parkinson’s towards the end of their life time. [8] The causation of Parkinson’s disease is currently unknown. It is believed that genetic factors play a part in Familia forms of the disease, evident for individuals who can trace Parkinson’s through their blood family line and history. But it is also believed that the disease can be caused sporadically in individuals who do not have a genetic disposition to develop the disease.

Sporadic developments of the disease are thought to be caused by certain trigger factors throughout an individual’s lifespan. Whether this be exposure to certain viral infections, environmental toxins, pollutants, head trauma or changes to an individual’s gut microbiome, there appear to be both lifestyle and environmental factors which can trigger the foundations for Parkinson’s disease.

The disease itself causes a complex mixture of symptoms in individuals, ranging from depression, anxiety, fatigue, dementia, lack of motor skills and psychosis, all linked to the progressive neurodegenerative nature of the disease. The degradation and loss of dopaminergic cells and a build-up of fibrillar proteins- Lewy bodies in the substantia nigra part of the brain appear to be the main cause of these symptoms and the pathology of Parkinson’s. [9] 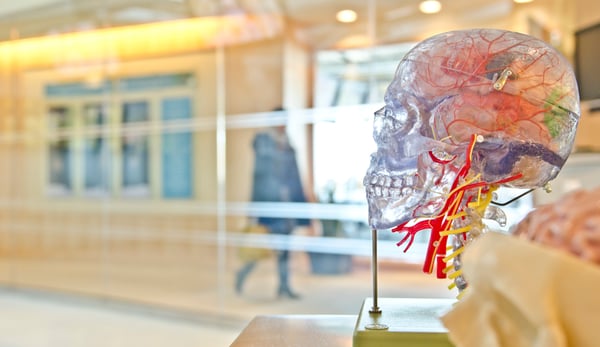 Recent research has already suggested that a growing number of bacterial and viral pathogens may increase the risk of an individual developing Parkinson’s. Changes of species found in the gut microbiome may lead to inflammation causing gut dysbiosis and intestinal permeability. Intestinal permeability, also known as a “leaky gut”, can leak out inflammation markers and agents which themselves can spread from the gut to the CSN down neural pathways. Eventually these inflammatory agents end up at the vagus nerve in the brain. This systemic inflammation caused by a change or overgrowth of certain gut bacteria could cause Lewy bodies to build up in the brain leading to the onset of Parkinson’s and irreversible neurodegeneration.

Inflammation clearly has an underlying role to play in the development and progression of Parkinson’s disease, and as stems from this, so does the gut microbiome. This is particularly apparent in individuals who have experienced life events and traumas that may have changed their gut microbiome profile, with an increased number of inflammatory promoting bacteria. Novel treatments and prevention methods are currently being heavily researched, which aspire to reverse some of these microbiome changes, to reduce the risk of humans developing Parkinson’s later in life. Prevention may come through in the form of a faecal enema transplant, probiotics or dietary plans and changes;the best method of prevention is still unknown.

One thing is for certain, there is no question of the importance our gut microbiome plays in neurodegenerative diseases and that it may be another piece in the puzzle to coming one step closer to finding a cure and methods of prevention for at least some of these debilitating diseases. [10]

Why a Glass of Red Wine is Good for your Gut
Gut Feelings: The Gut-brain Axis and Mental Health