One Man's Meat is Another Man's Poison 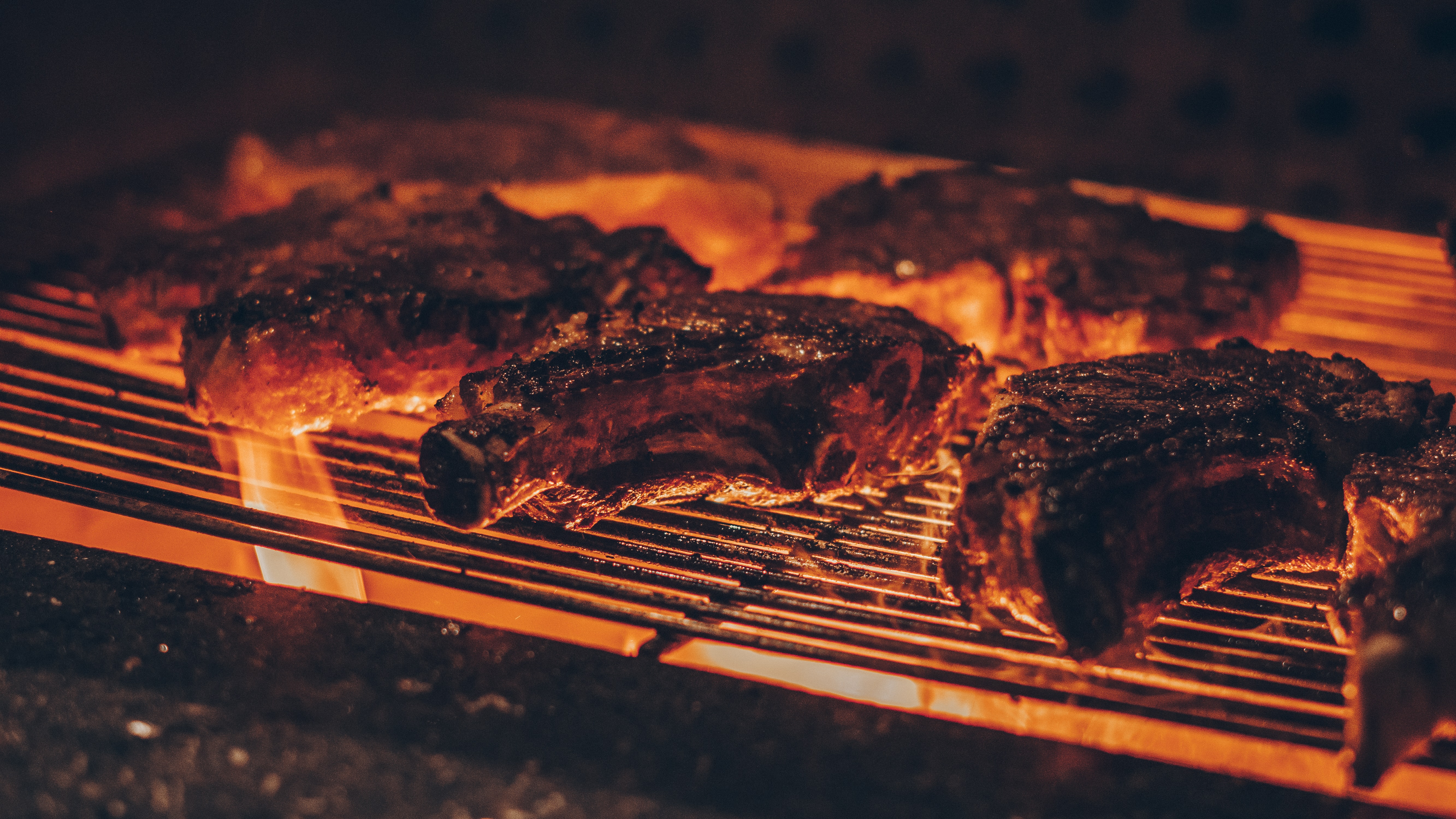 In recent years, consumers in western countries have reduced their meat intake, due largely to ethical, sustainability, health and religious issues. However, in 2014, global meat sales increased by 3%, reaching 225 million tonnes. This increase was fuelled by growing demand in developing markets. For example, meat intake in India has increased by almost 50% since 2009. Overall, poultry is the most popular meat, but consumer preference for particular types of meat varies between different countries. In China, sales of beef and veal have overtaken those of pork, whereas in Poland, consumption of pork is higher than that of beef or poultry.

In the UK and other developed countries, poultry is still a popular choice among meat eaters. However, other meat types are also gaining a foothold. Goat or kid meat has long been a staple of many African cuisines, but consumption in western countries is increasing, possibly due to an enhanced awareness of its low fat content and health promoting properties.

More exotic meats are also gaining a foothold. Moose, zebra, kangaroo, ostrich, buffalo, wild boar and crocodile meat are now sold at some UK supermarkets and llama meat is eaten by members of Britain’s Nepalese community. Python meat, which, apparently, is similar in taste to pork, can be purchased over the internet. Luckily the snake meat comes in slices, so its consumers don’t need an extremely long plate in order to serve it at the dining table. Controversially, a web-based company providing python meat in the UK has indicated that it is awaiting a supply of rattlesnake meat, which, it assures its potential customers, is not poisonous!

Strict rules exist within the European Union and the USA governing meat imports. However, it is estimated that around 7500 tonnes of illegal meat enters the UK each year. Much of this is bush meat, which is hunted and caught in Africa and smuggled into Europe and the US. This is claimed to include meat from giant cane rats, giraffes and various apes, such as chimpanzees and baboons. Health experts are concerned about the threat to human and pet health posed by these meats, which may carry parasites and diseases, such as ebola or HIV.

During 2013, UK and European food outlets were caught up in a scandal when it was discovered that some meat products, including frozen lasagne, spaghetti meals, beef burgers and meat balls, contained horse meat, which was not mentioned as an ingredient on package labels. The amounts of horsemeat in these products varied, but 100% of the meat in one lasagne product was found to be horse.

Opinion about the rights and wrongs of horse meat consumption are divided, but as the scandal evolved, it became evident that most people would, at the very least, prefer to know whether their lasagne did or didn’t contain it.

In addition, safety concerns were raised because horse meat fraudulently entering the food supply chain is not subject to the regulations and restrictions established to control the safety and quality of meat from legitimate sources.

How widespread is meat adulteration?

During the horse meat scandal, other undeclared meats were found in some samples, including pork in ordinary beef burgers and in halal chicken burgers.

Food Standards Agency research conducted in 2014 suggested that more than 20% of lamb dishes, including curries and kebabs, sold in UK takeaway outlets were adulterated with other, cheaper meats, such as beef, chicken and, in one case, pork. Also during 2014, a major US food retailer landed in hot water when it was discovered that its outlets in China were selling a donkey meat product tainted with the DNA of other animals, including fox.

In 2015, a study carried out by researchers for a television programme in the Netherlands revealed that 4 butchers in the Hague were selling turkey meat as lamb, and in another recent case black pudding and haggis pakora products sold in a UK supermarket and labelled as halal, were found to contain traces of pork blood and skin. Apparently this was not deliberate, but had happened because of a mistake during the printing of the product labels.

This is also a concern because most pet owners like to know what their animals are eating. A recent study analysed 52 pet food products for the occurrence of 8 meat species: beef, goat, lamb, chicken, goose, turkey, pork and horse. None of the products contained horse meat and 31 were labelled correctly. However, 20 were potentially mislabelled and 1 contained a non-specific meat ingredient that couldn’t be identified. There were no particular trends in the substitution of one meat for another.

A mismatch between label information and animal species was also found in a study of 17 leading cat and dog foods. The pet foods were tested for beef, horse, pork and chicken DNA. Although no horse DNA was detected, substantial levels of unspecified animal species were found in most products tested and in 14 of the 17 samples, bovine, chicken and porcine DNA were identified in various proportions, but were not explicitly mentioned on the pet food labels. Undeclared pig DNA was found in 5 out of 7 of the cat foods tested, a potential religious concern for some pet owners.

A range of tests are available for the detection of meat adulteration. Many of these focus on extraction and identification of DNA samples for subsequent analysis by PCR-based methods, which tend to be highly specific, sensitive, rapid and cheap to perform. On the other hand, several spectroscopic techniques have also been developed. Often, these have the advantage of being non-destructive.

In some parts of the world, demand for donkey meat is increasing. As it is in relatively short supply and hence can be expensive, adulteration of donkey meat with other, cheaper meats is a potential problem. For this reason, a duplex PCR method has been developed for detection of donkey, mule and horse DNA in raw and processed meat products, by amplification of the mitochondrial synthase subunit 8/6 and ND2. The procedure allows detection of each species at a concentration of 1%.

Loop-mediated isothermal amplification (LAMP) has also been applied to species identification. Mitrochondrial DNA specific to 8 species (cattle, horse, pig, goat, sheep, duck, turkey, chicken) was targeted and the genes were distinguished from each other by their annealing temperatures, generated by annealing curve analysis.

Game meat is more susceptible to fraudulent labelling than meat from farmed animals, because it is more expensive. A Taqman real-time PCR assay was developed for identification of roe deer DNA in meat products. The assay showed no cross-reactivity with the 23 other animal species and 43 plant species tested, and quantification was achieved using a reference system based on the myostatin gene.

In Portugal, Alheira de caca is a highly prized game meat sausage. A study was conducted in which species-specific PCR assays targeting mitochondrial genes of various game and farmed animals were optimized and applied to artisanal and industrial samples of the sausage. Sensitivities of the assays ranged from 0.01 to 0.1%, and 10 of the 18 samples tested were found not to contain the game meats (red deer, hare and rabbit) declared on their labels. Undeclared cattle DNA was also found in 9 samples.

Beef and pork may be unwanted additions to premium game meat products, but other components may be even less welcome. For this reason, a PCR assay based on amplification of a 100 bp region of the canine mitochondrial cytochrome b gene was developed for the determination of dog meat adulteration in meatballs. The assay could detect dog meat tissues at a level of 2%. In a similar vein, another real time PCR assay based on the feline mitochondrial ND1 gene, was developed by Chinese researchers. The method was highly sensitive and was able to detect 1 pg of cat template DNA.

Near-infrared hyperspectral imaging was used to detect adulteration of beef mince with horsemeat. The method was rapid and non-destructive, and an image processing algorithm was used to predict adulteration levels by analysis of whole surfaces of samples.

Discrimination between beef and horsemeat has also been achieved by Raman spectroscopy coupled with chemometrics. After establishment of a model system with fat samples, the assay could be used for highly accurate detection of beef adulteration by horsemeat within 30 seconds, without the need for time-consuming sample preparation stages.

Although not used for discrimination between species, another Raman spectroscopy technique, coupled with partial least squares-discriminant analysis, was found to be an effective means of identifying adulteration of beef burgers by various forms of beef offal (kidney, heart, liver and lung).

A different approach was taken by a research team from Italy, who used UPLC to detect adulteration of beef by horse meat, via separation of myoglobins from the 2 species. The assay allowed detection of horse meat in raw beef mince samples at a level of 50 mg/50 g.

At the moment, the true extent of meat adulteration is probably unknown. Our awareness - or lack of it - obviously depends on the amount of testing being conducted. On the one hand, more testing may reveal more cases, but on the other hand, as testing becomes increasingly extensive and thorough, food fraud should become more difficult to achieve and hopefully, in the end, not worth attempting.

It’s also worth noting that some of the assays used for meat species identification are highly sensitive and hence will pick up trace amounts of unexpected animal DNA that may have arrived there by accident.

Some experts believe that tests for human DNA could generate an alarmingly large number of positive samples, due to accidental contamination. For example, a factory worker engaged in hacking up a carcass might cut his finger and add human blood to some of the resulting chops. Hopefully, this is the only way that human matter could become a component of the meat products we eat, but you never know. There are some pretty gruesome rumours out there on the internet…

Photo by Emerson Vieira on Unsplash