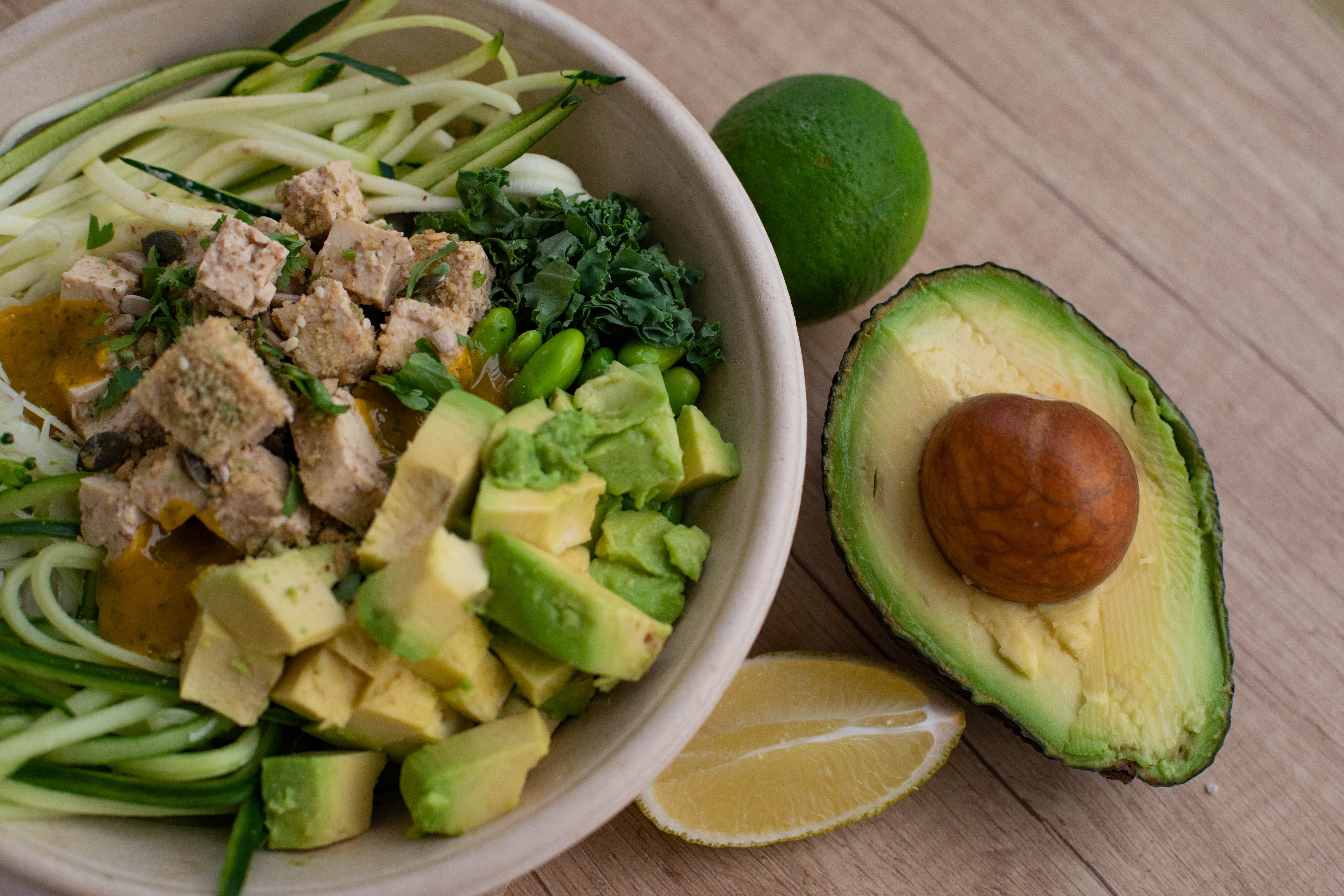 What's the motivation for choosing meat-substitutes over the 'real' thing?

Click here for part 3 of this 3-part series, which introduces and discusses the definition and popular options for meat alternatives in Europe.
Alternatively, click here to go to part 1, which explains 5 of the top meat alternatives across Europe, and why they're so popular.

Are there any health benefits of reducing meat intake?

In short, yes. The World Health Organization (2018) recommends following ‘a nutritious diet based on a variety of foods originating mainly from plants, rather than animals’, with plant-based eating in line with the Eatwell guide; the latest dietary guidelines published by  Public Health England, which replaced the outdated Eatwell plate in 2016. The new guide makes a number of  distinct alterations to better reflect healthy eating recommendations devised from evidence based research, one of which was to rename the pink segment of the plate representing protein to ‘Beans, pulses, fish, eggs, meat and other proteins’ (Public Health England, 2016) to better illustrate the contribution that non-meat sources should make to daily protein intake.

Almost half those interested in cutting down on their meat consumption have said that the positive health implications associated with adopting a more plant-based diet would be their primary reason for doing so, but is a less meat-orientated diet really better for us? Evidence from several epidemiological studies and meta-analyses suggests so.

Although red meat provides high-quality protein and also some essential micronutrients including iron, zinc, and vitamin B12 as part of a balanced diet, there is an established causal link between overconsumption of red and processed meat and a variety of non-communicable health diseases, notably cardiovascular disease (CVD), type 2 diabetes mellitus and certain cancers (Petersen, et al., 2017).

In concurrence, a study recently found that diets which reduce red meat consumption in favour of an alternative protein source have been shown to be correlated with a reduction in the risk of coronary heart disease, type 2 diabetes and lower mortality risk, therefore substantially reducing lifestyle-related disease burden long-term (Penny, Swift and Salter, 2015).

A review conducted by the International Agency for Research on Cancer (IARC) in 2015 determined that consumption of red meat is classified as "probably carcinogenic to humans" and processed meat as "carcinogenic to humans", which has since been supported by further epidemiological research (Domingo and Nadal, 2017). Therefore, the Department of Health guidelines recommend consuming no more than 70g red or processed meat per day. Evidence suggests that adopting a flexitarian diet plentiful in plant-based sources of protein can help individuals meet these recommendations, and subsequently could prevent 45,000 premature deaths, as well as saving the NHS more than £1.2 million per year.

Moreover, controversial new research published in BMC Nutrition and the Journal of Nutrition & Food Sciences has suggested that as well as over-consumption of sugar and fat-laden foods in the western diet significantly contributing towards obesity prevalence, meat protein consumed in the quantities often seen today is equally as damaging. The theory behind this assertion is that meat protein is digested by the body later than that of fats and carbohydrates, therefore the excess energy we receive from this source of protein provides a surplus, which is then converted to and readily stored as fat in the human body (You and Henneberg, 2016), however more research is needed in this area to confirm this hypothesis.

Other health concerns regarding meat consumption surround the extensive administration of antibiotics, not just as a treatment for disease in animals, but as a preventative measure in intensive farming practices. This is exacerbating the existing virulence of antibiotic resistant bacteria via either direct contact between humans and treated animals, consumption of their meat or indirect traces of animal excretion in the environment, all of which are linked to increasing the risk of superbugs; an increasingly significant threat to human health. However, figures suggest that limiting global meat consumption to 40g/d per person, the equivalent to a couple of slices of processed ham, could reduce antibiotic use in animals by 2/3rds, although even a modest reduction per person would inevitably help the overall fight in preventing antibiotic resistance. 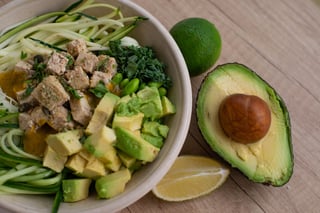 There is strong and consistent evidence that adopting a plant-based diet is associated with a variety of positive long term health outcomes, the foremost being reducing the risk factors for cardiovascular disease, including maintaining low blood pressure, reducing circulation of bad cholesterol (low/very low density lipoproteins) and promoting maintenance of a healthy weight. In fact, multiple clinical trials have showed as much as a 40% reduction in risk of death directly related to CVD and heart disease in individuals reducing their weekly meat intake (Kahleova, Levin and Barnard, 2018). Processed plant-based foods may not be quite as nutritionally adequate as whole plant foods, however they are still often comparably much lower in fat, saturated fat and cholesterol than equivalent meat products, so are undoubtedly a healthier alternative when eaten as part of a balanced diet. The main conclusion that can be drawn from this is that Europeans should aim to eat less meat overall, and better quality lean meat when they do.

‘This one-stop research tool for the food and beverage sector is a key component in supporting the work we undertake on behalf of the Scotch Whisky industry.’ (Senior Scientist, Scotch Whisky Research Institute, UK) Learn more.

Repeated occurrence of food scandals in recent years which have involved meat, for instance, the infamous ‘horse meat’ scandal of 2013, have understandably shaken consumer confidence in the traceability, quality and safety of meat products available for purchase on supermarket shelves, further influencing meat deconsumerism. In light of such scares, a survey of 1000 French consumers recently revealed that one third have chosen to reduce their meat consumption by a third over the last two years, (Carlhian, B., 2017) with other figures from European countries indicating a similar trend.

Global warming remains a hot topic in today’s headlines, with NASA (2018) noting that 'global temperatures will continue to rise for decades to come, largely due to greenhouse gases produced by human activities'. It is a massive burden for every continent, affecting agriculture, biodiversity, wildlife, human health, ecosystems and water food supplies. 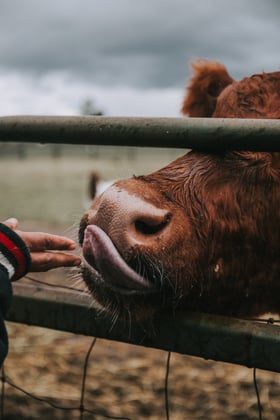 The livestock sector is undeniably one of the most significant contributors to global climate change, estimated by the FAO (2018) to account for 14.5–21% of global greenhouse gas (GHG) emissions. Meat production is associated with pollution through fossil fuel usage in numerous pre-farm and on-farm practices, water and land consumption causing loss of carbon-dioxide (CO2) absorbing trees and the abundance of methane (CH4) given off by animal waste and the animals themselves (Petrovic et al., 2015).

One quarter of UK meat consumers claim that environmental concerns are the main reason for them considering cutting down on their meat consumption. In support of the flexitarian diet, research has shown that the production of plant-based foods is generally associated with lower greenhouse gas emissions than the production of animal food products (Scarborough et al., 2014). (Photo by Jinen Shah on Unsplash)

A recent study gathered and analysed data on the environmental impacts of farming wheat and soy, considering factors including fertilizer use, pesticides in water, as well as energy used for cultivation, harvesting and transportation. It concluded that plant alternatives can generate approximately 10x less greenhouse gas emissions than beef production (Federation of American Societies for Experimental Biology (FASEB), 2016) with statistics indicating that the manufacture of meat substitutes produces an average of 2.4kg of carbon dioxide (CO2) per kilogram of product compared to 9-12.9kg for beef, 4kg for pork and 2-6kg for chicken, which further illustrates why avoiding excessive meat consumption, especially beef, is good for the environment.

On an individual level, a study undertaken at the University of Oxford aimed to compare the greenhouse gas emissions produced by a large sample of over 55,000 participants varying in dietary persuasion by analyzing completed food frequency questionnaires. They found that high meat-eaters, defined as individuals who eat >100g meat per day, produced approximately twice as much dietary GHG emissions compared to individuals following a vegan diet (Scarborough et al., 2014). Consequently, it has been suggested that if an individual cut down on their weekly meat consumption by substituting some meat products for plant-based and vegetable alternatives, their personal carbon foot print could be cut by 50%; an achievable target.

The issue of animal welfare during meat processing is often cited by flexitarians, vegetarians and vegans as a key driving factor behind their preferred lifestyle choice. Recent advancements in technology have made sharing and accessing information online quick and easy, and consequently people are becoming increasingly aware of the potential ethical issues regarding the use of animals in the meat and dairy industry. It takes less than a minute to find visual evidence on social media platforms or short amateur films online documenting the brutality that is arguably common practice, which prior to the advancements in data sharing was kept hidden from public view.  This suggests that there is a clear argument that reducing meat consumption globally would therefore reduce the demand for meat, and in turn, benefiting the overall well-being of animals.

With this being said, a study in 2016 explored the motives of German consumers choosing to follow a vegan diet and their attitudes towards animal agriculture came to the conclusion that these attitudes vary considerably from person to person. The authors found it intriguing that, despite the majority of participants admitting that they didn’t think positive animal welfare practice is possible in agriculture, one third of the sample of 329 consumers indicated that they would be open to forms of animal agriculture (Janssen et al., 2016) In contradiction to the motive often cited anecdotally by those dedicated to reducing their meat consumption, this research indicates that animal welfare is one, but perhaps not the most compelling factor, in their decision making.

Part 3: Are there any downsides to adopting a more plant-based diet?

Food and Agricultural Organization of the United Nations (FAO), 2018. Livestock and the environment. [online] Available at: <http://www.fao.org/livestock-environment/en/> [Assessed 05 November 2018

Public Health Organisation (2016). The Eatwell Guide: How does it differ to the eatwell plate and why?. London.