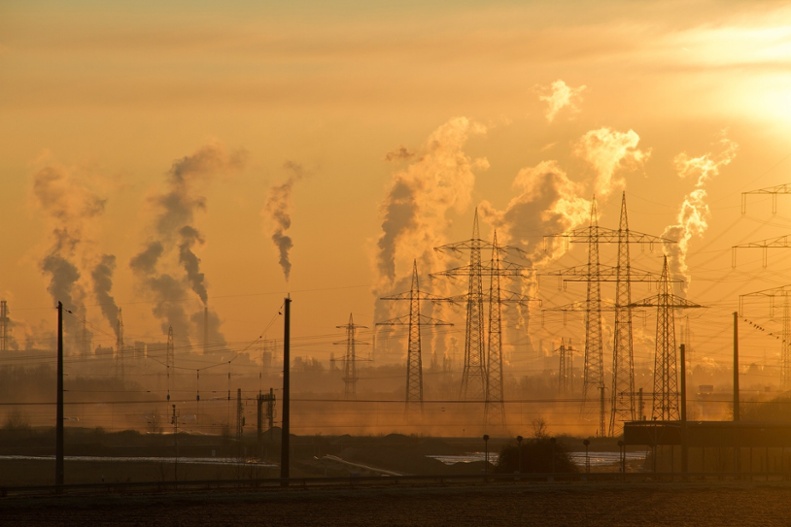 Heavy metals are natural components of the earth’s crust; however, certain activities of mankind, such as mining and smelting, have led to them becoming concentrated in the environment, in some areas reaching potentially harmful levels. Other sources such as vehicle emissions, industrial waste and fertilizers also contribute to the accumulation of heavy metals in the soil, atmosphere and surface water.

Heavy metals can be severely detrimental to the human body, having toxic and carcinogenic effects and causing the oxidative deterioration of biological macromolecules. The various metals have been implicated in the development of many diseases, including Alzheimer’s disease, diabetes and several forms of cancer.

The concentration of heavy metals in the source of exposure need not even be particularly high for such damaging effects to occur. If they are taken in faster than the body’s detoxification mechanisms can dispose of them, they can gradually build up over time and eventually reach levels high enough to be toxic.

There are several routes through which humans can be exposed to these metals. These include inhalation and absorption through the skin, as well as the ingestion of contaminated food and drinking water. Both plants and animals can bioaccumulate heavy metals from the environment within their tissues. When used as sources of food, therefore, these plants and animals can contribute to the uptake of heavy metals by humans.

Whether the beneficial effects of omega-3 fatty acids found in fish outweigh the negative effects of mercury is still under debate, and the ecology of the fish has a lot to do with the answer. Methylmercury (MeHg), the form of mercury found in fish and seafood, biomagnifies up the food chain. Thus, fish near the bottom of the chain generally contain lower concentrations than those at higher trophic levels, though other factors such as the concentration of mercury that fish are exposed to from the environment can also have a major effect.

One recent study looking at the effects of MeHg and docosahexaenoic acid (DHA) on the IQ scores of children concluded that, for most of the 33 fish species that were studied, the adverse effects of MeHg exceeded the beneficial effects of DHA, with long-living predators having a negative effect of up to 10 points on IQ score.

‘I always recommend that faculty and students doing serious research in food science use FSTA®, to ensure a thorough search of the literature of the field and to take advantage of the specialized vocabulary that has been created to enhance precision. By searching FSTA instead of a multi-disciplinary “discovery” tool, they are less likely to overlook important journals and key articles written by experts.’ (Anita Ezzo, Food Science & Tech Librarian, Michigan State University, USA)

However, another risk-benefit analysis which looked at the maternal consumption of fish found that, for average consumers, eating any of the 19 types of most commonly consumed fish and seafood during pregnancy would result in a gain of 0.79-5.7 IQ points in their children. Those consuming high amounts of tuna (a top predator), however, could expect a reduction of 2.3 points in the IQ of their children. 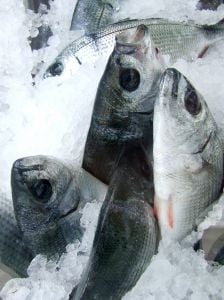 Although important, the content of mercury is not the only factor that should be considered when assessing the risks and benefits of fish consumption. Other heavy metals that can cause detrimental effects to humans may also bioaccumulate in fish. One recent study showed that common carp and rudd from the Topolnitsa reservoir in Bulgaria contained levels of arsenic and lead in their muscles that exceeded national and international standards, while further research has examined the health risks posed by cadmium, chromium, zinc, copper and nickel in a variety of fish from different habitats and geographical areas.

Vegetables and cereal crops can also pose a risk to health due to their ability to take up heavy metals from the environment and accumulate them within their edible parts.

Rice, a staple food that is eaten in high quantities by many people around the world, can accumulate arsenic in its grains from contaminated soil and irrigation water.

One recent study demonstrated that rice could accumulate levels of arsenic that exceeded the WHO permissible limit when arsenic was applied to pot soil at a dose of 20 mg/kg, while the harmful effects of arsenic were demonstrated by another study, which found an association between steamed rice consumption and the prevalence of skin lesions in Bangladesh.

Populations that rely heavily on rice as their main source of food are particularly at risk from its negative health effects. Research into possible ways to reduce the content of arsenic in rice grains is therefore of considerable importance to these people.

The type of water management system used to irrigate rice is one approach to arsenic reduction that has been investigated. Rice cultivated under flooded conditions has been associated with higher arsenic levels than that grown in unsaturated soils. A study comparing traditional flooding with sprinkler irrigation found that the sprinkler system did indeed reduce levels of arsenic in rice. Over 7 years, total grain arsenic was found to be reduced to one-sixth its initial concentration in the flooded system. The downside to this, though, was that while arsenic levels were reduced, cadmium transfer to the grain increased by a factor of 10.

Other methods investigated to reduce arsenic levels in rice include the supply of an excessive amount of sulphur to rice plants and the introduction of a gene responsible for a major arsenic detoxification mechanism in Saccharomyces cerevisiae into rice. It seems, though, that further research will be necessary to determine the feasibility of putting these approaches to arsenic reduction into practice.

The research discussed here represents just some of interesting findings of scientists investigating the bioaccumulation of heavy metals in foods over the past few years. Many more studies on heavy metals in fish, rice and other food types can be found on the FSTA® database.