A Matter of Taste – The Genetics of Flavour Perception 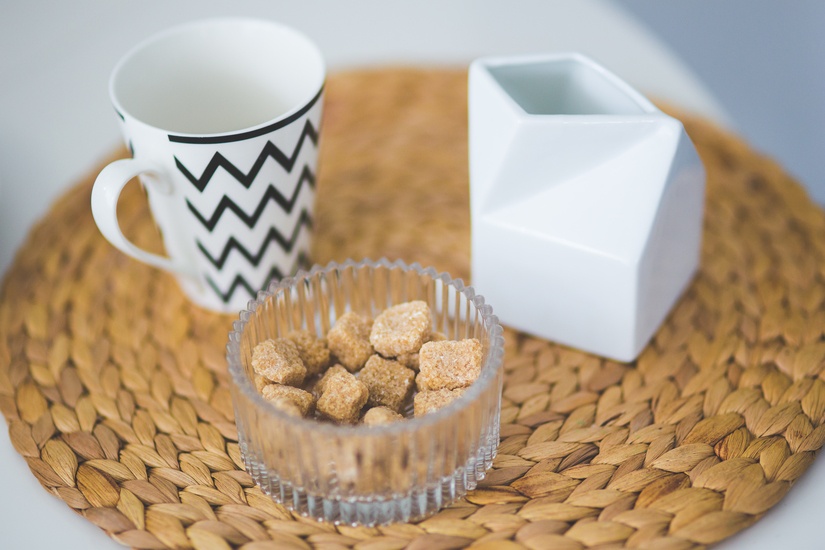 In the sixties, a gloomy prediction was made: in the future, people wouldn’t eat foods, as such, but would rely on pills and nutrient-rich powders to provide them with sustenance. No longer would eating be regarded as entertainment. Future inhabitants of our world would eat to live, nothing else.

Thankfully, this turned out to be science fiction. Fifty years on, pills, powders and gels may be consumed as supplements, but the possibility that these could replace real food is still remote. Gastronomes are prepared to spend large amounts of money on fine dining in order to experience unusual flavour combinations. Chocolates full of sugar and fat are given as presents because we love them. Even the astronauts in the space station are provided with specially formulated foods (probably the closest we have come to the predicted powders) that have to be tasty and enjoyable as well as nutritious.

So why do we love eating so much? In this age of health-related anxiety, some of the pleasure associated with eating is related to nutritional quality. We all experience a slight glow of virtue after eating an apple or a bunch of watercress, for example. However, consumption of a newly launched nutraceutical product that tastes of cardboard will make us feel cheated, no matter how healthy it is, and we won’t buy it again. We rely on foods to give us pleasure in a way that often seems completely unrelated to their health benefits. Sometimes, an energy-rich cheese sandwich or a chocolate biscuit feels right in a way that simply can’t be reproduced by eating a lettuce leaf.

Our food choices are the result of many motivations, some obvious and some a little more cryptic. But one thing remains constant - foods have to taste good. This is why their sensory properties are so important.

Sensory or organoleptic properties of foods and beverages are those aspects that can be perceived by the human senses - mainly appearance, texture, taste and aroma - but also, possibly sound, a factor that may come into play when chewing celery, for example, or munching crisps marketed as being “extra crunchy”. The human tongue can perceive 7 main tastes: saltiness, sweetness, sourness, bitterness, umami, pungency and a range of metallic attributes. A much greater, probably limitless, number of aromas can be sensed via olfactory receptors in the nasal mucosae. Overall flavour perception of a particular food results from a combination of these tastes and aromas, together with texture, astringency and temperature.

Sensory analysis of foods falls into 2 main categories. Effective testing involves the determination of objective facts, often by a trained panel, who may be asked to discriminate between different foods or to rate various descriptors for the product (e.g. acidity) in terms of intensity. Affective testing is more subjective. It seeks to ascertain how well a product will be accepted by consumers and is commonly carried out by untrained testers and small focus groups. For example, I once spent an entertaining half hour in a church hall dipping breadsticks into various cheese spreads, having being recruited as an untrained tester during what was meant to be a shopping trip. The 9-point hedonic scale, originally developed to measure the food preferences of US soldiers, is often used as a tool during sensory analysis. It allows consumers to rate foods over a range between “like extremely” and “dislike extremely”. In contrast to these static methods, time intensity analysis is a dynamic technique that analyses the evolution of flavours in the mouth during the eating or drinking experience. This flavour development is particularly apparent in wine, which may for instance, taste fruity when it first enters the mouth, with more floral or spicy notes emerging later.

Individuals vary considerably in their ability to perceive different sensory properties, particularly flavour. Some of these differences are genetic. For example, polymorphisms in the bitter receptor gene, TAS2R38, affect the ability to taste phenylthiocarbamide, 6-n-propylthiouracil (PROP) and structurally similar compounds, such as isothiocyanates in cruciferous vegetables. This ability is partly due to 2 common alleles; tasters have the TAS2R38-PAV allele, whereas non-tasters have the TAS2R38-AVI allele, and heterozygotes (PAV/AVI) exhibit a wide range of bitterness perception. Bitter taste status, as well as the ability to perceive fat levels in foods, is also thought to be enhanced by numbers of fungiform papillae (FP) - mushroom-shaped projections on the tongue with taste buds on their upper surfaces.

People who can perceive small amounts of bitter compounds are often referred to as supertasters. Approximately 25% of the population are thought to be supertasters, whereas 25% are non-tasters and 50% are medium tasters. Supertasters are more likely to be women (35%) than men (15%) and their numbers vary in different populations. For example, a study conducted among 6 different populations living along the Silk Road in the Caucasus and Asia, found that the frequency of supertasters was highest in Tajikistan (31.3%) and Armenia (39.0%), whereas frequency of non-tasters was highest in Georgia (50.9%).

RELATED POST
Super Taster vs. Non Taster: Does it matter for your health?

Ability to taste bitter compounds may confer an evolutionary advantage because bitterness in foods can indicate the presence of toxic compounds, such as some of the cucurbitans that may occur in plants. PROP tasters tend to avoid and dislike Brassica vegetables. However, the consequences of being a supertaster may extend further than this. A recent study showed that wine experts were more likely to be supertasters or medium tasters than wine novices. Another investigation demonstrated that intake of fats and energy in a buffet setting where a wide range of foods were available, was lower in supertasters than medium- or non-tasters. Obese and overweight supertasters were more successful than non-tasters at reducing their energy intake during a lifestyle intervention to lose weight. However, when a buffet meal was offered to children, energy intake from the food group “sweets” was higher in PROP tasters than in non-tasters. In the Silk Road study, an analytical approach based on distance matrices suggested that the overall pattern of food liking across populations was closely related to the distribution of PROP phenotypes.

Other genetic factors are known to affect flavour sensation. Salt perception is influenced by polymorphisms in the carbonic anhydrase (gustin) gene, CA6, whereas the mammalian sweet-taste receptor is formed by the dimerization of two proteins, controlled by 2 genes. Mice with different versions of these genes prefer sweet foods to differing extents and in cats, a deletion in one of the genes means that they show no preference towards sweetness at all. Studies have also tentatively suggested that variations in genes encoding proline-rich proteins that occur in saliva may lead to differences in astringency perception arising when these proteins interact with tannins and polyphenols in foods and in beverages such as wines and tea.

Sensory perception is essentially an interaction between the components of the food or beverage matrix and the individual characteristics of the taster, which are themselves, influenced by his or her genes. However, genes are only part of the story. In my next blog I will venture into the realms of cognitive neuroscience and psychology to look at other factors that enhance or modify the eating experience.