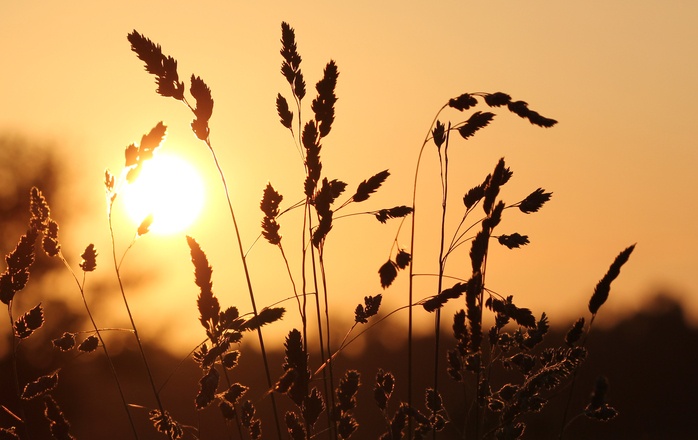 Cereals are grasses and members of the monocotyledon, or monocot, family – one of two major groups of angiosperms (flowering plants) that are traditionally recognised, the other being dicotyledons, or dicots.

They are cultivated for the edible components of their grain (botanically, a type of fruit called a caryopsis), composed of the endosperm, germ, and bran. Cereal grains are grown in greater quantities and arguably provide more food energy worldwide than any other type of crop; they are therefore vital staple produce. The chemical composition of the cereals varies widely and depends on the environmental conditions, soil, variety and fertiliser.

In their natural form, as whole grains, cereals are a rich source of vitamins, minerals, carbohydrates, fats, oils, and protein. However, when refined by the removal of the bran (hard outer layer) and germ (reproductive part, rich in polyunsaturated fats, which has a tendency to oxidize and become rancid on storage) the remaining endosperm is mostly carbohydrate and lacks the majority of the other nutrients. 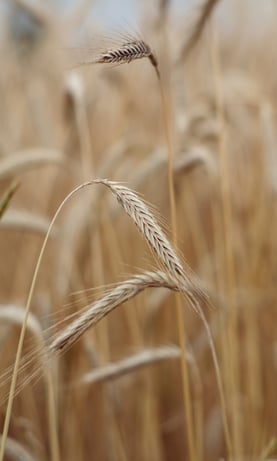 In some developing countries, grain in the form of rice, wheat, millet, or maize constitutes the majority of daily sustenance. In more developed nations, cereal consumption is moderate and varied but still substantial – a similar trend to carbohydrate intake.

Wheat has a higher protein content than other cereals – ranging from 7 to 22 percent depending on the variety. However, some grains are deficient in the essential amino acid lysine. That is why a multitude of cultures with a predominantly vegetarian diet combine their consumption of grains with legumes, in order to get a necessary balance. Many legumes, on the other hand, are deficient in the essential amino acid methionine, which grains contain. Thus a combination of legumes with grains forms a well-balanced diet for vegetarians and vegans.

Common examples of such combinations are dal (lentils) with rice by South Indians and Bengalis, dal with wheat in Pakistan and North India, and beans with corn tortillas, tofu with rice, and peanut butter with wheat bread (as sandwiches) in several other cultures, including Americans. The amount of crude protein found in grain is measured as Grain Crude Protein Concentration.

Carbohydrates are the major chemical composition of corn. However, the maize corn kernel is more than just a rich source of carbohydrate; it is a source of enzymes for the study of biosynthesis and genetic markers for genetic, biochemical, and genetic engineering studies.

The starch granule is formed inside an amyloplast – a non-pigmented organelle. Pure starch is a white, tasteless and odorless powder that is insoluble in cold water or alcohol. As the major carbohydrate in the kernel, starch comprises close to 72 percent of its dry weight.

Starch is also found in the embryo, bran, and tip cap. Amylose makes up 25-30 percent of the starch whereas amylopectin comprises 70-75 percent.

Monosaccharides, such as fructose and glucose, are found in equal proportions in the endosperm. Among the disaccharides, sucrose is the major sugar in kernels that comprise only 4-8 percent its dry weight: maltose is also found at less than 0.4 percent of the kernel’s dry weight.

Corn contains only 4.4 percent oil but corn oil production is on an enormous scale, even though it is not necessarily considered as an oil seed crop.

Triglycerides are the major composition, some 98.8 percent, of the refined commercial corn oil. Compared with other seed oils corn oil is very stable, owing to its low level of linolenic acid and the presence of natural antioxidants.

The composition of rice depends on its cultivation, environmental conditions and various processing methods. The various components that make rice are distributed differently in aleurone layer, embryo and other parts of the grain. The average brown rice protein content ranges from 4.3 to 18.3 percent with a mean value of 9.2 percent. Protein is the second most important rice component after carbohydrates.

The outer tissue of the rice grain is rich in albumin (water soluble proteins) and also globulin (salt soluble proteins), but the endosperm is rich in glutelin (proteins soluble in dilute acids or bases, detergents, chaotropic agents and reducing agents).

Image Credits: Karadur at www.freeimages.com and Markus Spiske on Unsplash

It provides over 1.4 million expertly sourced articles, all related to the sciences of food and drink.