The rising popularity of meat alternatives - Downsides, upsides and the future 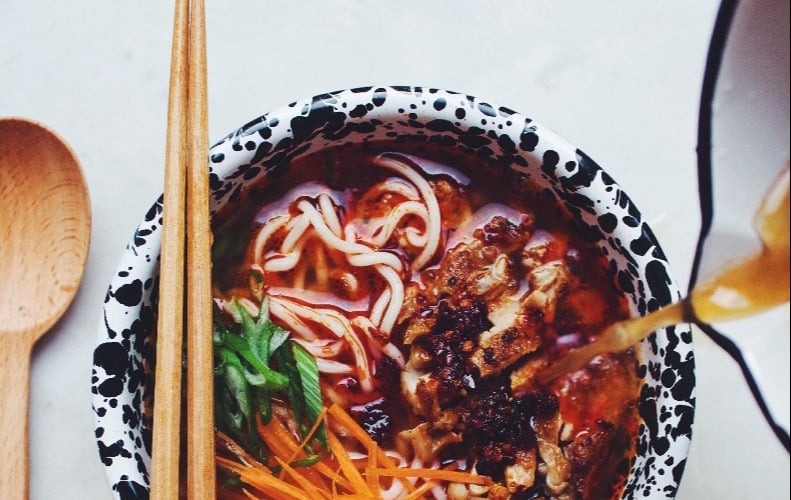 This 3-part series discusses the definition, uses and impacts of meat alternatives in Europe. Read: Part 1 and Part 2.

Are there any downsides to adopting a more plant-based diet?

Possible nutrient deficiency
Although most key nutrients required for optimum health are abundant in a plant-based diet, there are certain vitamins and minerals that can be neglected and should be given extra consideration when choosing to reduce weekly meat consumption. For this reason, individuals considering making a dramatic alteration to their current diet, such as cutting out meat (partially or completely), are advised to seek professional advice from a registered Nutritionist or Dietitian who can offer suitable recommendations to ensure health status is not compromised.

Vitamin B12
Vitamin B12, also known as cobalamin, is essential for maintaining a healthy nervous system, reducing homocysteine levels; an amino acid known to act as a precursor for cardiovascular disease, and lowering the risk of fatigue-inducing anaemia.

The recommended nutrient intake for adults is 1.5µg/d, which can be easily obtained from consumption of animal products such as poultry, fish, eggs, dairy and meat, however the only reliable dietary source of B12 in a predominantly plant-based diet are foods specifically fortified with B12, including some plant milks/yoghurts, soy products, yeast extracts and breakfast cereals.

As a result, vitamin B12 supplements are often recommended for individuals choosing to reduce their intake of animal sources of protein, as the bioavailability of vitamin B12 from plant-based foods is not guaranteed (Marczykowski & Breidenassel, 2017).

Iron
Iron is vital for the production of haemoglobin, a protein that carries oxygen around the human body, and plays a role in the activity of enzymes that facilitate energy transfer, digestion and nerve function. Dietary iron exists in two forms; ‘heme’ from consumption of animal foods and ‘non-heme’ obtained from plant based sources. The bioavailability of iron from meat, poultry and fish is approximately 15% higher than that from plant-based sources, partially due to non-heme iron being strongly influenced by other food components. One such component is phytic acid, a strong inhibitor of iron absorption in both infants and adults, significant quantities of which can remain in soy-based products including texturized soy protein and tofu after manufacture.

To avoid deficiency, which exhibits symptoms including fatigue and a heightened susceptibility to infection, consumers choosing to consume less meat should aim to obtain iron from a variety of plant-based sources, rather than relying on meat-substitutes alone. Vegetarian friendly iron-rich foods include dried fruits such as figs, apricots and dates, some nuts, seeds, leafy green vegetables, beans, pulses and iron-fortified cereals (BDA, 2017). Women are particularly at risk of iron deficiency due to menstrual losses, and this is increased further when animal sources of protein are restricted. Therefore, they may need to consider supplementation to ensure the 14.8mg/d reference nutrient intake for adult women is achieved.

Consumer acceptance
Replacing meat with plant-based alternatives is only a realistic option if consumers accept the new products on offer. The sensory attributes of meat, including its unique taste, texture, aroma and mouthfeel, are highly valued by consumers, and arguably hard to replicate to a similar degree. However, research has shown that it is not the individual properties of the meat-substitute alone that influences consumers, but more holistically the meal combination it is paired with (Elzerman et al., 2011). Education on pleasant food combinations can improve the acceptance of meat substitutes, alongside encouraging consumers to continue to use additional flavourings including herbs, spices and sauces that they already enjoy and are familiar with when cooking.

It is acknowledged that ‘fear of the unknown’ among meat-eaters can deter them from cooking with novel meat-analogues (Hoek et al., 2011), afraid they will prepare or cook them incorrectly or place them with uncomplimentary ingredients. With that in mind, education on the definition, potential benefits and preparation of meat-free cuisine could be easily incorporated into the curriculum to educate children at a young age as to how create tasty dishes in which the meat-substitute is the star component. Such a measure would promote meat substitutes as a ‘normal’ component within the child’s diet and reduce the likelihood of being ‘alienated’ from cooking with meat analogues in later life. To entice consumers to try new meat alternatives, less focus should be placed on the ethical principles behind reducing meat consumption, but instead on delivering meat alternatives of high sensory quality, replicable to that of real meat, to the supermarket shelves.

The future of meat-free foods

With the popularity of plant-based meat alternatives rising in the UK and Europe, what big question is "what does the future of meat-free cuisine look like!?" Manufacturers and retailers are clamouring to cater for the rising flexitarian market, feeling more pressure than ever to create meat-free products that tick all of the boxes. As previously discussed, consumers tend to prefer products containing identifiable vegetable-based ingredients with a 'meat' replica appearance,  as opposed to the more controversial lab-grown meat-free choices.

A US brand has come up with what they believe could be the solution; a ‘bleeding’ plant-based burger, supposedly meaty enough to satisfy the cravings of even the most devout carnivore, and undoubtedly pushing the boundaries of the ‘synthetic’ pre-conceptions surrounding meat-free analogues. With the prominent issues of sustainability and animal welfare in mind, the burger is comprised of ‘natural’ plant-based ingredients, including textured wheat protein, coconut oil, potato protein and heme, alongside binding agents and added vitamins and minerals. It boasts more protein per burger than the average real beef burger (20g vs 19g) as well as 13% more iron and 4g less saturated fat, giving it a superior nutritional profile to its much-loved meat counterpart.

However, launch of this novel burger has not breezed by without controversy. The US Food and Drug Administration (FDA) noted that one of the burgers key ingredients, soy leghaemoglobin, a heme-carrying protein found in the roots of soybean plants, had never been used as an additive in a food product before, and therefore had not been adequately tested for safe human consumption. In the manufacture of these burgers, naturally occurring soy leghaemoglobin genes are extracted and added to Pichia pastoris yeast, which is then grown via fermentation. The genetically modified leghaemoglobin (heme) is then isolated from the yeast and acts as a ‘plant globin’, almost identically to that of myoglobin in meat, by binding oxygen and releasing the heme when exposed to heat (through cooking), vital for providing the plant-based burger with the commercially marketed taste and characteristic ‘bloodiness’ of a real meat burger.

With this contentious revelation looming, release of the burger was halted, and extensive testing was commissioned to be undertaken on this unique ingredient. With much relief for the company concerned,  results concluded no evidence of allergenicity or toxicity for these proteins (Yuan et al., 2018) and confirmed that consuming soy leghaemoglobin in such products will have no adverse impact on human health. As a result, the FDA have now placed soy leghaemoglobin in the regulatory category of ‘generally recognized as safe’, giving other manufacturers the green light for its use in plant-based products.  Similar burgers have been officially available in the UK in certain popular London-based vegan restaurants since February 2018, and are set to be more widely available on supermarket shelves imminently.

As with any innovative product, it is not to everyone’s taste, with critics arguing that despite it being a reasonably convincing imitation of meat in terms of comparable mouthfeel, aesthetics and crunchy outer texture similar to that of seared meat, sadly the overall eating experience falls short of expectations. The words ‘dry’ and ‘bland’ have been used as harsh descriptives, and some have also complained of an unpleasant ‘nutty‘ aftertaste that can linger up to an hour after eating the burger .

However, one could argue that with such hype over this culinary innovation, perhaps expectations were set too high? It certainly encapsulates the consumer desire for a meat-free alternative that, on the whole, mimics the sensory and aesthetic properties of meat. And after all, vegetarians and vegans often have no desire to search out products that replicate the ‘exact’ organoleptic qualities of meat. Instead, a product that is ‘similar’ in terms of taste and appearance, can be enhanced with flavourful accompaniments and doesn’t possess the same uneasy animal welfare implications is generally considered good enough!

As we've discussed over the course of this three-part post, it is clear that the way we choose to consume protein is adapting and changing, largely in line with global issues of concern. But whether you are vegan, vegetarian, or one of the growing number of people simply trying to cut back on your weekly meat intake for perhaps health, sustainability or animal welfare reasons, there is an ever expanding range of appetising and adaptable meat-free products to wet your appetite, making the change to a more plant-based diet easier than ever.

If trends in this sector continue, it is reasonable to assume that the various analogues explored here, from the well-known, to arguably more eccentric concepts, may only be the tip of the iceberg. As long as the undeniable demand for these products continue to grow across Europe, manufacturers will strive to develop innovative and intriguing alternatives to our meaty favourites. And in the meantime, the scrupulous consumer will wait in anticipation to see what weird and wonderful ideas they come up with next...

Do you need access to high quality food-related science? Take a look at FSTA!