Gluten-Free Diets. Are They a Fad? 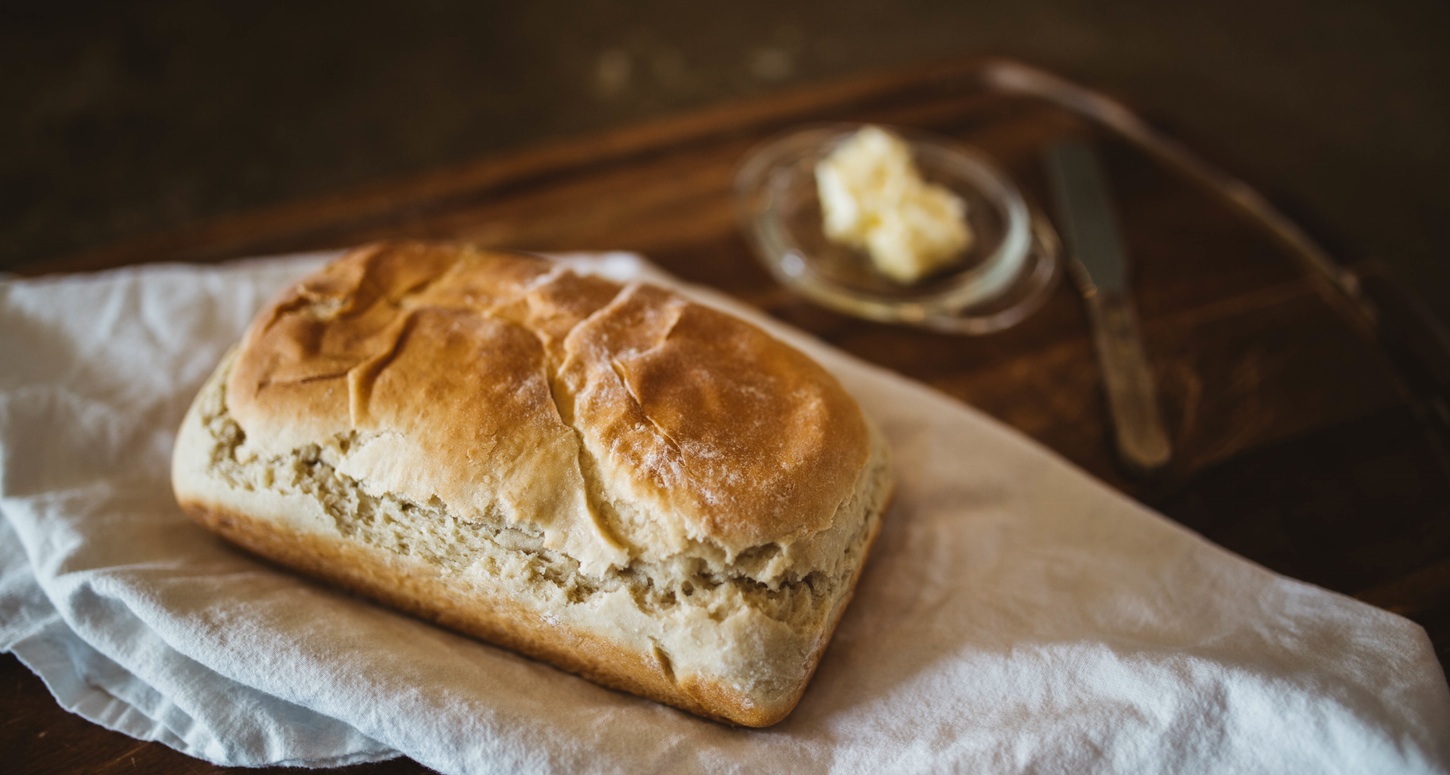 Gluten-free diets have long been recommended for those with coeliac disease, but why are so many other people avoiding gluten? Is it an affectation adopted by the middle class worried well consumer, or is there a scientific basis to gluten avoidance, even for people who are not suffering from coeliac disease? 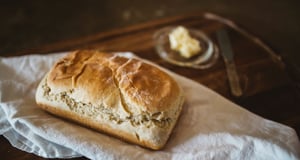 Gluten is protein found in grains such as wheat, barley, rye and triticale (a cross between wheat and rye) and in products containing these grains. It may also be found in other cereals, such as oats, due to cross contamination with wheat during cultivation and processing. Composed of 2 storage proteins, gliadin and glutenin, gluten gives elasticity to dough during breadmaking.

Coeliac disease is a genetically inherited autoimmune disease. It arises from an autoimmune reaction of the gastrointestinal tract to gluten, leading to truncation of the intestinal villi (villous atrophy), which can cause a range of gastrointestinal and other symptoms, as well as fatigue and nutrient deficiencies, such as anaemia. Symptoms are usually markedly improved by a gluten-free diet.

Over 95% of coeliac suffers have inherited specific genes encoding particular isoforms of a specific group of proteins (HLA-DQ proteins) that are responsible for initiating an autoimmune process in response to gluten in the diet. However, approximately 20-30% of genetically susceptible people do not go on to develop the disease, indicating that other risk factors are also involved. It has been suggested that infection with rotavirus or adenovirus may be a risk modifier and that early feeding of cereal grains to infants may increase their risk, whereas smoking might offer protection against adult onset of the disease.

Globally, coeliac disease is thought to affect between 1/100 and 1/170 people. It is rare among people of Japanese and Chinese descent, but is more frequent in Northern Europeans and is particularly common in Ireland. Occurrence rates vary due to genetic differences, levels of wheat consumption and perhaps also because of variations in testing and detection rates. Coeliac disease is believed by many to be under-diagnosed. Diagnosis is usually achieved by blood tests for specific antibodies or by microscopic analysis of biopsy samples from the lining of the small intestine.

Some symptoms of wheat allergy may overlap with those of coeliac disease, e.g. gastrointestinal symptoms such as stomach cramps and diarrhoea. However, other symptoms are more typical of an allergy, such as hives, runny nose, asthma, headaches and, at the extreme end of the spectrum, anaphylaxis. Wheat allergy is diagnosed by skin prick tests, food tolerance tests and blood tests in which immunoglobulin E antibodies to wheat protein are detected.

This occurs when symptoms similar to coeliac disease or wheat allergy are observed, but diagnostic tests for both are negative. Symptoms of this condition may improve if a gluten free diet is eaten - in fact this is its main diagnostic criterion.

Some researchers have suggested that other components of the diet may be the cause of the symptoms associated with gluten sensitivity. These include lactose from milk products, preservatives such as benzoates, propionate, sulphites and nitrites, and fermentable oligo-, di-, monosaccharides and polyols, also known as FODMAPs. Some of the most important sources of FODMAPS, including bread products, are coincidentally removed in gluten-free diets.

Many sufferers of other recognised gastrointestinal conditions, such as Crohn’s disease and irritable bowel syndrome, also see an improvement in their symptoms when they remove gluten from their diets.

Gluten avoidance as part of a general healthy lifestyle

Avoiding gluten has become popular among people not suffering from gluten-related disorders. In the UK, a recent poll conducted by YouGov discovered that 10% of households contain an individual who believes gluten is bad for them and that 60% of adults have purchased a food product claimed to be gluten-free. In the US, 53 million people have expressed a wish to embrace a gluten-free diet and the market for gluten free products, currently thought to be worth approximately 9 billion dollars is predicted to increase to 14.2 billion dollars by 2017.
Avoiding gluten in foods is difficult. Obviously, it means not eating a wide range of foods containing wheat. However, not only bakery products, but sauces, sausages, soups, ready meals, imitation meats and beer may be sources of gluten. It can also be present as a stabilising additive in other products, such as ice cream, and it can make eating out and going on holiday a major challenge. It may also lead to nutrient deficiencies. So why do people avoid gluten when they don’t have to?

Reasons for gluten avoidance in the general population:

A recent survey of approximately 1500 non-coeliac athletes, showed that 41%, including 18 world and/or Olympic medallists, followed a gluten-free diet 50-100% of the time. Of this group, 13% adopted a gluten-free diet as a treatment for reported medical conditions, but 57% had self-diagnosed sensitivity to gluten. Basically, they believed that a gluten-free diet improved their health.

Several famous people, including singers, athletes, footballers’ wives and film stars have made public their decision to adopt a gluten-free diet. Some have even written gluten-free cook books. To be fair, many of these individuals may have a perfectly valid clinical reason to avoid gluten, but their endorsement of such diets appears to have convinced a significant number of people unaffected by gluten to stop eating it.

In the US, two best-selling books, Wheat Belly (2014) by cardiologist William Davis, and Grain Brain (2013) by David Perlmutter, appear to have been particularly successful in their mission to warn healthy Americans of the "dangers" of wheat and gluten.

Wheat Belly, which has its own website and lifestyle institute, endorses a range of commercially available gluten-free products, together with a wheat-free diet that has gained considerable support from its followers. Grain Brain claims that gluten, whole grains and various carbohydrates can cause a range of symptoms, including dementia, anxiety, depression, chronic headaches and ADHD, and recommends a high fat, low carbohydrate diet.

However, some diet experts claim that these books ignore most of the scientific facts, exaggerate some information and make false associations that are responsible for encouraging otherwise intelligent people into adopting potentially hazardous eating plans.

In The Gluten Lie: and other myths about what you eat, Alan Levinowitz proposes that the anti-gluten fad associates “powerful myths of a past paradise with a trendy anti-corporate attitude to the food industry.”

A quick look at a supermarket website suggests that gluten-free items are moving from the specialist health food shop to the mainstream, at least in the UK. Among the 178 products available on the website were breakfast cereals, biscuits, cookies, sauces, flour, chocolate, pasta, desserts and snacks.

Tests for gluten in foods and drinks

There have been considerable developments in testing for gluten. For example, a range of ELISA techniques were shown to be capable of detecting gluten in brewed and fermented products, such as beer, at levels below 20 µg/ml.

Quantitative real-time PCR methods using hydrolysis probes have been developed to detect DNA sequences indicating the presence of trace amounts of gluten in foods. One of the systems - for detection of the alpha-2 gliadin marker sequence - achieved an absolute detection limit of 2 pg of wheat DNA. All of the tested systems could detect both wheat and other gluten-containing cereals.

An electrochemical aptamer-based assay has been found to achieve low detection limits of approximately 0.5 ppm and can be used for detection of gluten in different types of foods, including those described by the manufacturers as gluten-free.

So what does the future hold for gluten-free?

At the moment it looks as though the gluten-free trend is set to continue. Major food manufacturers and even brewers are still investing in the development of new gluten-free products, and shelf space in supermarkets is still expanding to accommodate them. This is great news for genuine sufferers of gluten related conditions, who previously had to rely on a depressingly narrow range of food options. However, there are signs of a backlash against the gluten avoidance fad, particularly in the US, where a popular television programme satirised the trend and a talk show host exposed the fact that a selection of gluten avoiders didn’t even know what gluten was. My guess is that gluten-free diets will continue to be de rigueur until another fashionable diet emerges or another food component replaces gluten as the arch nemesis of the healthy eater.