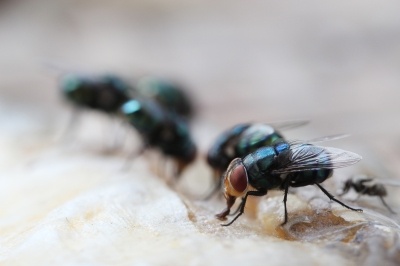 Contamination of foods by foreign matter other than microorganisms or chemicals is a continuing problem for the food industry. Metal, glass splinters and pieces of plastic are relatively common physical contaminants, but rubber, wood, hair, feathers, bone, whole insects or insect parts and carcasses of small animals, such as birds and mice, are also found. 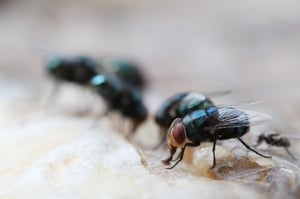 Recent cases in products sold at reputable UK supermarkets have included pieces of glass in pitted green olives, small amounts of metal in cheese and an entire 5-inch dead bird in a bag of salad. US consumers have sued successfully after finding a knife in a sandwich product and a deep fried chicken head in a portion of chicken nuggets.

Physical contamination can occur during both the processing and the subsequent handling of food products. It can also arise accidentally after purchase; one study suggested that 70% of fragments reported by consumers and subjected to analysis originated from items commonly found in the home. In addition to this, consumers have also made false claims on several occasions.

As well as being a potential choking hazard, ingestion of foreign material from foods can cause a range of health problems. Glass is the most frequently reported physical contaminant to cause injury. Most sharp objects pass harmlessly through the gastrointestinal tract. However, according to US figures, 10—20% of such objects require non-surgical interventions and in approximately 1%, surgery is needed.

Even in cases where no injury has occurred, foreign bodies in foods can lead to commercially damaging consumer complaints. Physical contamination incidents are often reported in newspapers and in television news bulletins, generating widespread publicity, particularly in cases where products have to be recalled.

Occurrence of a foreign body in a particular food can undermine the reputation of the brand, the company that manufactures it and the supermarket that sells it. It may also lead to bankruptcy of smaller firms, due to the costs incurred by recalling the product and replacing it, litigation expenses and payment of damages.

Hence, detection and identification of foreign bodies during processing is of vital importance to food manufacturers. Metal detectors are frequently used, and x-ray technology is commonly applied for detection of bone fragments and similar materials.

However, a range of other procedures have also been developed; for example:

Consumers increasingly expect the foods they buy to be free of contamination by foreign material. This means that, when contamination does occur, food companies need to react quickly and effectively.

Appropriate use of the technology currently available as part of a comprehensive risk prevention and management strategy should enable the food industry to do this and to minimize occurrence of such incidents.