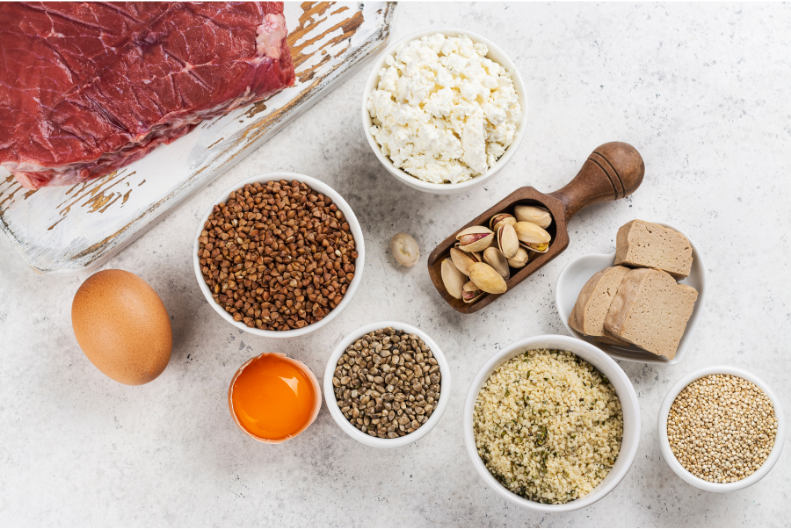 This article was guest written by Fidel Toldrá,  Editor-in-Chief of the Trends in Food Science & Technology journal and member of the FSTA Advisory Board.

Food proteins have a relevant and recognised role in our diets, but there has been a trend in recent years regarding bioactive peptides derived from food proteins. They have rapidly emerged due to their reported beneficial physiological effects for human health (Gallego et al, 2018a) and advances in proteomics tools that have allowed their identification (Gallego et al., 2018b). Foods rich in bioactive peptides are increasingly valued and are also proposed as functional food ingredients.

The published scientific literature published on bioactive peptides has increased in recent years. It is a very dynamic field with rapid and relevant developments of interest to food scientists and technologists, nutritionists, and physicians. For instance, FSTA indexed 6198 records specifically related to bioactive peptides in just the past 5 years.

What is a Bioactive Peptide?

Bioactive peptides consist of protein fragments and peptides, most containing between 2 and 20 amino acid residues, that are released from food proteins. They may exert a particular type of biological activity depending on the amino acids sequence, length, and conformation (Udenigwe & Aluko, 2012).

Bioactive peptides remain inactive while they are forming part of the parent protein. Once released from the protein, they may exert a biological activity and therefore a determined physiological effect in humans.

How are Bioactive Peptides generated?

Bioactive peptides may be generated during food processing, especially in ripened and/or fermented foods. Their production increases along the processing time due to the action of proteolytic enzymes (endo- and exo-peptidases), either endogenous or from the fermentative microbial flora. As shown in Figure 1, this hydrolysis consists in the action of endo peptidases that cut proteins into major fragments. These are then further split into smaller peptides and free amino acids by exo-peptidases. The hydrolysis results in the accumulation of peptides and free amino acids in the food. Some of the generated peptides may be bioactive and therefore might exert a beneficial effect on the consumer's health (Toldrá et al., 2020a).

A good number of bioactive peptides have been reported in a variety of foods such as dairy foods, dry-cured and fermented meats, eggs, fish, and cereals, among others. 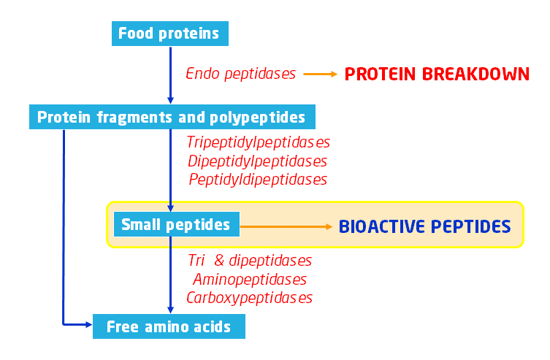 Figure 1.- Scheme of the action of peptidases and generation of bioactive peptides during the enzymatic hydrolysis of food proteins.

Bioactive peptides may also be industrially generated from food proteins isolated from different food by-products. Using large reactors, food proteins are hydrolysed by proteolytic enzymes or microorganisms rich in such enzymes (see Figure 2). The hydrolysis conditions are optimised to get the maximum yield in the degree of hydrolysis and bioactivity of the generated peptides (Toldrá et al., 2020b). Once finished, peptides are fractionated by size. Those fractions with bioactivity are then further partially purified for use as food ingredients or supplements.

It should be mentioned that bioactive peptides may also be generated, although in smaller amounts, during gastrointestinal digestion.

Figure 2.- Example of the enzymatic hydrolysis of a food protein where internal linkages are cut and smaller peptides are generated; some of such peptides may be bioactive.

Are all bioactive peptides effective for human health?

To exert its physiological function in the body, the ingested bioactive peptides must remain unaffected during gastrointestinal digestion. They must be able to be absorbed through the intestinal membrane and reach the blood stream. This is very important. It is the reason why some peptides that show good biological activity when assayed in vitro fail to show such bioactivity when assayed in vivo with laboratory animals. A typical procedure for the identification and confirmation of bioactive peptides is shown in Figure 3.

However, some peptides like those with antioxidant or antimicrobial activity exert a technological function during food processing. They are active if not degraded either by the action of endogenous peptidases in the food or by heating if food is submitted to thermal processing.

Which biological activities may be expected from a bioactive peptide?

The most relevant reported bioactivity is the antihypertensive activity that is based on the inhibition of the angiotensin converting enzyme (ACE), an enzyme responsible for the conversion of angiotensin I into angiotensin II.

Angiotensin II is a strong vasoconstrictor, and also contributes to the inactivation of bradykinin (Gallego et al., 2018a). Thus, the inhibition of ACE by certain bioactive peptides contributes to reducing blood pressure, as has been proven in animals and humans (Toldrá et al., 2018). The milk protein-derived tripeptides Val-Pro-Pro (VPP) and Ile-Pro-Pro (IPP) were the first peptides demonstrating an effective reduction of systolic and diastolic blood pressure in humans (Aluko, 2021). Many other peptides have shown such antihypertensive activity. For instance, peptide AAATP showed a deep and prolonged reduction in systolic blood pressure in spontaneous hypertensive rats (Escudero et al., 2013).

Other bioactive peptides are:

Can the biological activity be predicted for a given peptide?

The biological activity of a determined peptide can be predicted through in silico analysis using bioinformatics tools and peptide databases. It must be confirmed by synthesising the specific peptide and confirming predicted bioactivity through an in vivo assay (Mora et al., 2018). Further characterisation may be performed through:

Trends for the future

A large amount of food-derived bioactive peptides have been identified, most with interesting bioactivities. In recent years, significant research has focused on the use of proteins from food by-products and food waste to give them added value. This activity will continue in future years as waste generation is a major concern and sustainability is a primary goal in food processing.

Although bioactive peptides research is growing, most has been performed using in vitro assays and in vivo assays with laboratory animals. However, human trials are still scarce and they are needed in order to obtain valid data that may confirm the benefits of bioactive peptides for human health. This will contribute to their approval as functional ingredients in foods or as food supplements. Further research to increase the knowledge on molecular mechanisms for the action of some bioactive peptides is also necessary.

References (all available in FSTA)

FSTA is the definitive way to search over fifty years of historic and emerging research in the sciences of food and health. It contains 9466 records specifically related to bioactive peptides, to date.

The majority of this data has increased markedly only recently, with 6198 records from >570 different sources being indexed in FSTA over the past 5 years.

Fidel is Editor-in-Chief of Trends in Food Science and Technology, Associate Editor of Meat Science and Editor-in-Chief of book serial Advances in Food & Nutrition Research (Academic Press/Elsevier). He serves in the Editorial Board of 15 journals, and has published >325 research articles (h index =63), >146 book chapters and edited/co-edited >55 books. He is a Fellow of the Institute of Food Technologists (IFT) and of International Academy of Food Science & Technology (IAFOST). He received the 2002 IMS International Prize for Meat Science and Technology and the 2010 Distinguished Research Award and 2014 Meat Processing Award; both from the American Meat Science Association (AMSA), in addition to the 2015 Dupont Science Award, 2019 Innovation Award from the Association of Spanish Meat Industry and 2019 Award for Advancement of Application of Agricultural and Food Chemistry from American Chemical Society (ACS). His research is focused on food quality and health through the use of innovative technologies for the extraction and identification of bioactive substances with health relevance and on the profitability of agrofood by-products by developing sustainable technologies to obtain added-value substances.