Sushi rice: A traditional food with room for innovation 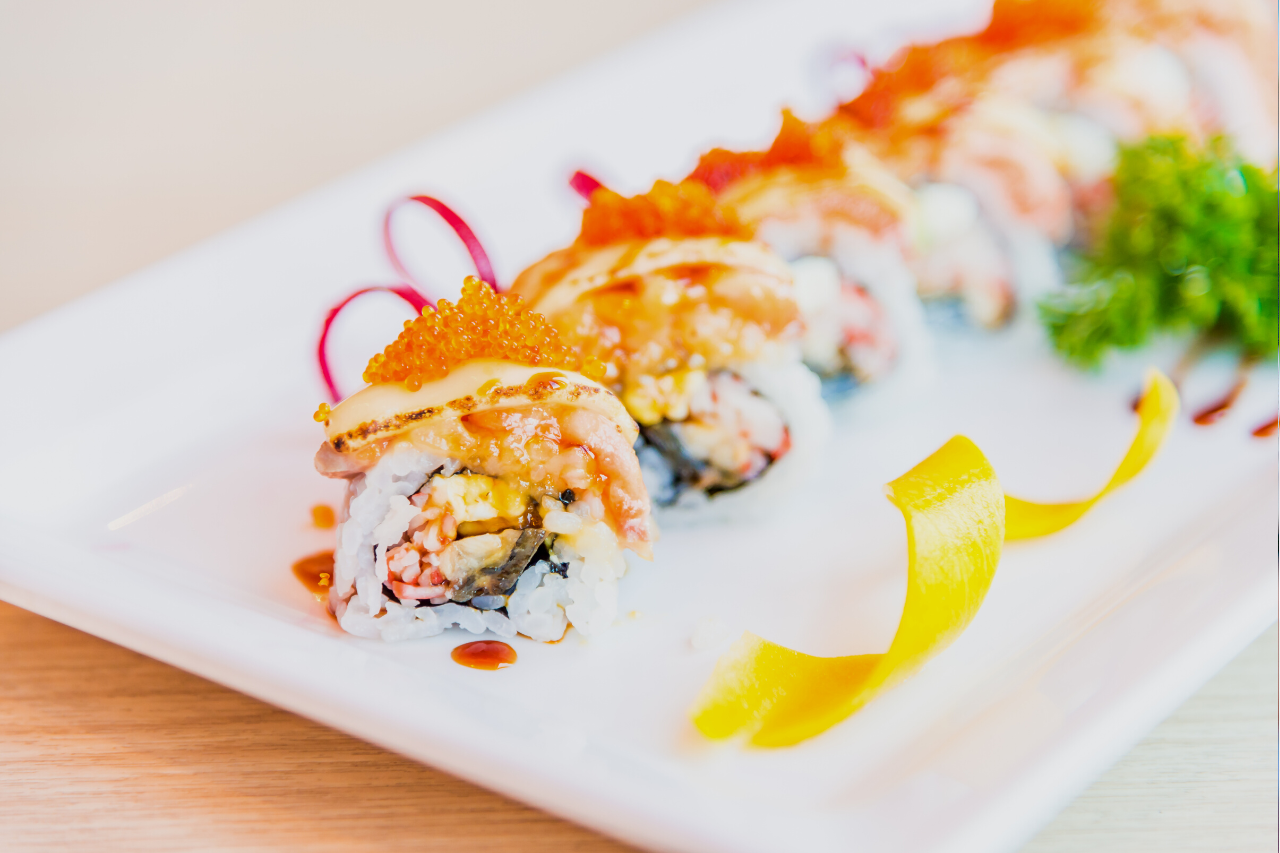 Rice is mainly composed of starch, which is the main factor responsible for the appearance of rice once cooked (Pinciroli M. et al., 2015). Starch is a polysaccharide composed of two polymeric fractions called amylose and amylopectin.

Written by Carla N. Molina and Dr R. Garzon. Carla N. Molina is currently studying for her PhD in the Department of Food Science, Institute of Agrochemistry and Food Technology (IATA, CSIC), Spain. Dr R. Garzon is a Research Assistant in the Department of Food Science (Cereals and Derivative Products group) at IATA, CSIC and is as an associate professor at the University of Valencia.

What kind of rice is used to make sushi?

There are so many types of rice and each one has its own characteristics. For that reason, it is important to know the varieties of rice and more specifically the one use to make sushi. Within the genus Oryza, there are two species of rice: Oryza sativa L., which is from Asia, and Oryza glaberrima Steud. from Africa. The first one is widely cultivated in the five continents and is divided into three subspecies: Indica, Japonica and Javanica.

What factors determine the quality of the rice?

Two important factors define the quality of the rice: the amylose content and the gelatinization and retrogradation temperature.

The percentage of amylose in rice varies between 2% and 33%. If the amylose content in rice is very low (0% to 2%), the texture is flexible (glutinous or waxy rice). These characteristics are essential in some preparations such as sushi, where it is necessary for the rice to stick together after cooking it so as to modify the shape. On the other hand, if the amount of amylose increases, the texture will be more rigid and, therefore, less flexible (rice is not glutinous).

It is crucial to understand the gelatinization temperature and retrogradation in order to know the behaviour during heating and storage once the rice is cooked. The first one is defined as the temperature at which starch grains begin to swell irreversibly. It is used as an index to determine the time required for rice cooking. Regarding the starch retrogradation, this parameter is known as the insolubilization and spontaneous precipitation of amylose and amylopectin molecules, leading to a gradual increase of hardness. In fact, Yu S. et al. (2009) reported that varieties with a higher proportion of amylopectin result in higher grain hardness after cooking. Nevertheless, it is important to know that there are also other parameters that are analyzed to evaluate the quality of the cooked rice such as the optimal cooking time and the water absorption (Billiris M.A. et al., 2012a; 2012b).

How is sushi rice made with seasoning?

The truth is there are a number of ways to prepare white rice for sushi, but it is generally prepared as follows. First, the rice is washed several times with cold water until the water appears completely clear (Mouritsen O.G., 2009). Then, the rice is boiled until almost all the water has been absorbed—but without absorbing it entirely so that the rice absorbs the sushi seasoning better. After cooking, the rice is cooled quickly and the sushi seasoning (made by mixing rice vinegar, sugar and salt) is added. Afterwards, the rice is left to cool down until it reaches room temperature. The cooling ensures that the rice is not overcooked, and during the cooling, the rice vinegar begins to penetrate the grains of rice helping them stick together.

Does the sushi seasoning affect the rice?

Yes. Sushi seasoning includes sugar and salt, both of which are important since some evidence shows that while sugar decreases the adhesiveness of cooked rice and increases the hardness when it is stored at low temperatures (Odahara M. et al., 2004), salt has the opposite effect thus reducing the hardness and increasing the adhesiveness. However, the major ingredient in the seasoning is vinegar, which has several effects such as increasing stickiness and decreasing the hardness of cooked rice (Ohishi et al., 2007). Despite the large number of vinegars existing on the market that differ from each other in terms of flavour, acidity and acids composition, the specific vinegar that has been applied to sushi making is rice vinegar (Budak N.H. et al., 2014).

The use of vinegars from different sources (white wine, red wine, black rice, white rice, apple, and sherry) has shown some interesting changes not only in the texture or in the colour (Fig.1), but also in the digestibility of cooked rice (Molina C.N. et al., 2022). In the case of texture, the research in that study has demonstrated that vinegar might increase the general hardness of the rice grain compared to a control, which has the sushi seasoning but without vinegar. This is true for all cases with the exception of white wine vinegar.

Regarding general adhesiveness, the different vinegars used showed an increase in the general adhesiveness compared to the control, with the exception of red wine and white rice. However, since the acetic acid concentration of the different vinegars did not have any significant differences, this cannot be used as a possible explanation for the effect shown.

In a study reported by Budak N.H. et al. (2014) it was concluded that glucose decreased after ingestion of starch with a 2% acetic acid solution, compared to a normal diet with the absence of vinegar. The different vinegars used in the study of Molina C.N. et al. (2022) had different effects on the starch hydrolysis, as well as on the resistant starch, which is related to the starch portion that is not digested in the small intestine and that has a positive impact from a health point of view. The study shows that vinegars with a higher content of lactic and acetic acids increase the amount of resistant starch so provide healthier sushi.

Therefore, the use of different vinegars when preparing sushi seasoning offers a technological alternative for innovating in sushi rice, changing sensory properties and also rice digestibility.