Plant Waste May Find a Place at the Table 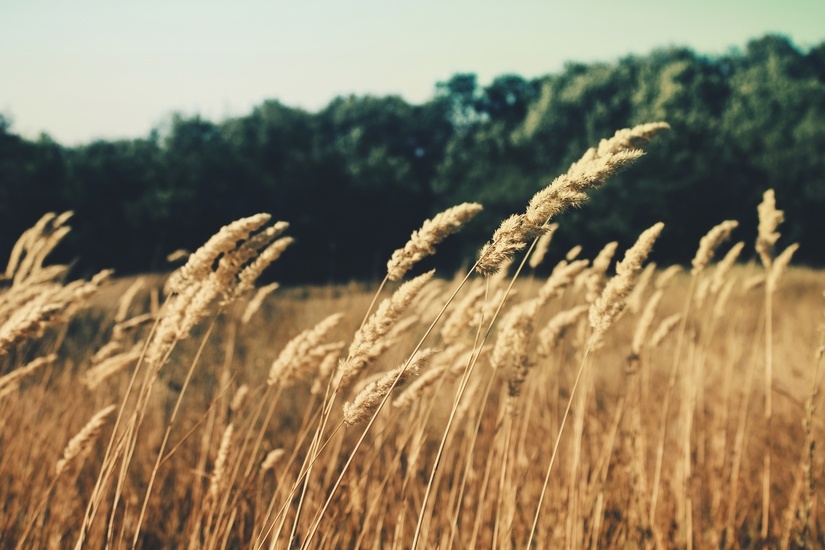 Virginia Tech scientist Y.-H. Percival Zhang is turning plant waste into starches that could one day be ingredients in human food products. 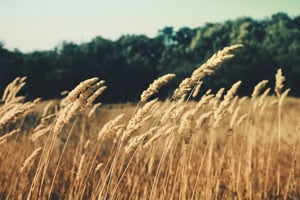 future. Y.-H. Percival Zhang, a Virginia Tech biological systems engineering professor, intends to meet both of them with a new process that turns plentiful plant matter into two products: edible starch and biofuel.

Zhang’s idea centers on cellulose, the compound that gives structure to the cell walls of plants. Like many other bioengineers around the world, Zhang has been researching methods to convert cellulose—found in easy-to-grow perennial grasses, or agricultural waste like cornhusks—into biofuels such as ethanol. The basic process involves using enzymes to break down cellulose into glucose, or sugar, which is then fermented to produce ethanol.

"The food issue, in my opinion, is just a small branch of the energy issue. If we have enough energy, we can always make food.”
—Y.-H. Percival Zhang

Zhang’s light-bulb moment struck as he was thinking about the chemical similarities between cellulose and starch. He wondered whether he could turn cellulose into starch rather than sugar. Not only did the project work, Zhang says, but it turned out to be easier than anyone had expected. He published his method in the Proceedings of the National Academy of Sciences in 2013, a mere two years after the idea first struck.

Zhang’s process isn’t the first to turn cellulose into a starch that could be used to make all sorts of things: biodegradable plastics, dissolvable coatings for drug capsules, animal feedstock—and, eventually, human food. What makes his method different, he says, is yield. In contrast to existing methods, his process converts cellulose into starch and ethanol without wasting any sugar molecules, he says. That results in higher yields and, he hopes, lower production costs.

The final stamp of approval for human consumption may be a long way off, he admits. But in the meantime, the starch could still benefit global food production. If the starch were used in animal feedstocks, more of the crops produced by traditional agriculture could be used to feed people instead of cows and pigs. There are non-food applications too: More than half of biodegradable plastic is made of starch, Zhang notes. “We could use [our starch] to replace that natural starch [used in plastics], giving more room for natural starch to be used as food,” he says.

Starch is one of the most important elements of the human diet, accounting for more than half of the carbohydrates we swallow. Chemically speaking, starch is quite similar to cellulose. Both compounds are made of glucose molecules, but with different types of bonds holding the sugars together.

Humans don’t eat cellulose because our bodies can’t break the bonds that hold together those molecules. But Zhang reasoned that it should be possible to convert inedible cellulose into a digestible starch that could be used as an ingredient in processed foods.

To start, he and his colleagues genetically engineered the common bacterium E. coli to produce the necessary enzymes. Enzymes are naturally occurring biological compounds that drive biochemical reactions. In this case, Zhang’s team created a cocktail of enzymes that would break down cellulose and stitch the pieces back together to create a starch called amylose. A dose of brewer’s yeast, meanwhile, converts the glucose left over from the conversion into ethanol.

According to Zhang, the starchy white amylose powder is mostly tasteless. But it has an interesting property: a low glycemic index (GI). High-GI foods (such as white bread and white rice) make blood sugar spike, while those with a low GI (like barley and many green veggies) raise blood sugar only slightly. And a low-GI diet has been shown to reduce the risk of developing type 2 diabetes. Coating higher-GI cereals such as wheat, corn and rice with amylose could lower their overall glycemic load, Zhang says, potentially reducing the risk of diabetes.

Amylose hasn’t yet been tested for human consumption, though it appears to be similar to naturally occurring starches. Zhang’s collaborators at the Chinese Academy of Agricultural Sciences in Beijing are just beginning studies to test the safety of amylose in mice, and hope to have those first tests completed within a year.

While the health benefits of Zhang’s process are intriguing, the environmental benefits could be even more dramatic. Current agricultural techniques produce enormous amounts of waste: For each ton of cereals harvested, some two or three tons of cellulose-rich waste products, such as cornhusks, corn stalks and wheat straw, are left behind. Usually, those materials are buried or burned.

By producing considerably more food per acre, Zhang’s process could cut down on agricultural inputs such as water and fertilizer, and reduce agriculture’s physical footprint as well. The process could also make it possible to farm on poor soils unsuitable for traditional agriculture, since cellulose could be gathered from any source, including grasses and hardy perennials.

Still, a lot of steps remain between Zhang’s future vision and the current reality. Besides determining whether amylose is safe for human consumption, there’s also the cost factor. The enzymes Zhang uses are relatively unstable and can power maybe 10,000 chemical reactions before they die, he says. To make the process cost-effective, the enzymes would need to be stable enough to drive perhaps a million reactions before reaching the end of their useful life, he says, a goal he is working on now.

Ultimately, Zhang hopes to see his method scaled up for large bioreactors not unlike the fermentation tanks found in beer breweries. The technology is unlikely to take off in the United States, where food is abundant, he says. But if he can make the process cost-effective by stabilizing the required enzymes, he sees big opportunities for his process in places such as China, India and Africa. By 2050, he hopes cellulose-processing facilities will be common throughout the developing world.

And Zhang’s dreams don’t end there. Adding a different enzyme cocktail to the amylose could produce hydrogen gas, which could be used as a zero-emission fuel. He believes that amylose could one day be used for hydrogen storage, enabling the move from fossil fuels to a sustainable hydrogen economy. If so, energy would be cheap and plentiful, making it more economical to grow all sorts of foods anywhere in the world.

“The food issue, in my opinion, is just a small branch of the energy issue,” Zhang says. “If we have enough energy, we can always make food.”

Please visit the Future Food 2050 website, for many more fascinating articles and resources.