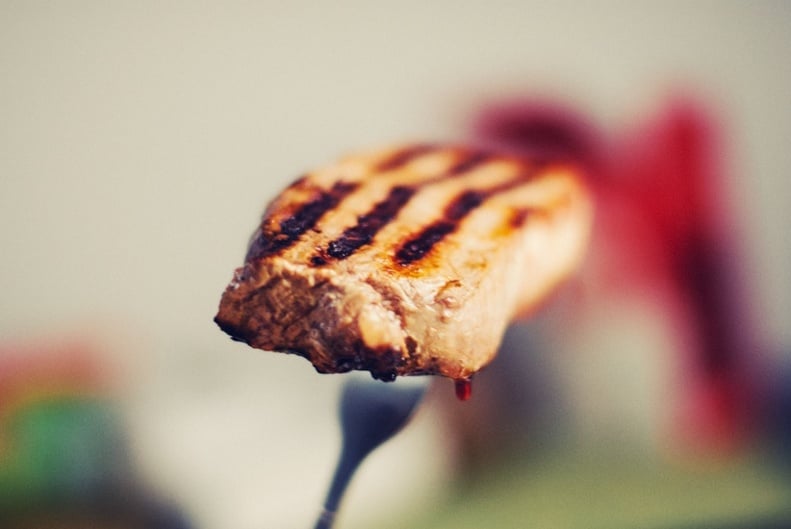 What changes could we make to “meat” the need for more sustainable food choices?

Meat often dominates the dinner plate. Whether it’s a juicy steak, a roast on a Sunday, or some sizzling sausages served up with a mountain of mash, meat regularly forms the central part of the meal, and for many people it is something they would certainly not want to go without. Unfortunately, though, while our enthusiasm for digging into meat-filled meals might leave our stomachs satisfied, it is having rather less positive consequences for the environment.

Meat production and the environment

Meat production is one of the main sources of human pressure on the environment, and its consumption accounts for a significant proportion of the ecological footprint of those who eat it. As well as being a major contributor to greenhouse gas emissions (it is claimed that the global livestock industry generates more greenhouse gas emissions than all the cars, trains, ships and planes put together), raising animals for food is inefficient. It requires vast areas of land – not just for grazing, but for growing crops for feeds too, as well as large amounts of energy and water, all to produce only a relatively small amount of meat.

Animals already provide a considerable amount of the protein consumed by those living in Western countries and, as the global population continues to grow and incomes rise in developing countries, the demand for meat looks set to increase. It has been predicted that, in a business as usual scenario, global meat consumption could double by 2050.

Because of the detrimental effects on the environment caused by meat production and other human activities, there is a growing need to shift to more sustainable food choices. Several initiatives have been proposed that could help mitigate this environmental pressure – but getting people to change their dietary choices could be quite a challenge.

No meat on a Monday

One of the strategies proposed to help move diets in a more sustainable direction is to make one day a week meat free. It is claimed that if everyone in the UK adopted a meat-free day each week, it would result in greater carbon savings than taking five million cars off the road.

Furthermore, it has been argued that adopting a meat free day could benefit our health (excessive meat eating has been linked to higher levels of heart disease, obesity, diabetes and some forms of cancer), reduce animal suffering (by cutting down the number of animals required to be slaughtered), and even help alleviate world hunger - the conversion of plant protein into animal protein is relatively poor, but grain that could be used directly as human food is instead diverted to feed livestock.

Meat Free Mondays, established in the UK in 2009 by the former Beetle Paul McCartney and his family, and Meatless Mondays, which originated in the US as a non-profit initiative of The Monday Campaigns Inc. in association with the Johns Hopkins Bloomberg School of Public Health Center for a Livable Future, are two of the most prominent “less meat initiatives” around. 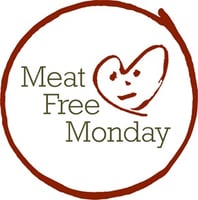 Why Monday, you might be wondering? There’s nothing particularly special about Monday in itself, and any other day of the week might be equally good – indeed, Ghent in Belgium has successfully launched a “Veggiedag” on Thursdays. But Mondays might just have the edge when it comes to getting people to stay committed. Healthy thinking and behaviour, The Monday Campaigns Inc. claim, are synchronized to the week, and because Monday is seen in our culture as the beginning of the week, it is often viewed as a good time for a fresh start. It is the day people are more likely to start diets and exercise regimes, stop smoking, or schedule a doctor’s appointment. And it might just be the day people are more committed to sticking to meat-free meals.

But even with Monday being chosen to make things easier, going one day without meat seems to be too much of a hardship for some. Attempts to implement these initiatives have been met with considerable resistance on a number of occasions. An article in the International Journal of Sociology of Agriculture and Food, which discusses less meat initiatives in detail, describes a few cases where the implementation of meat-free days has not quite gone to plan.

Back in 2011, for example, when a Green Party MP was elected in Brighton and Hove, the party tried to launch meat-free Mondays at the town council’s catering outlets. Newspapers reported that the refuse workers at the “Cityclean” depot, the first place to introduce the scheme, were horrified that meat had been removed, and staged a protest in disgust. The initiative had to be abandoned almost immediately.

The UK’s national parliament didn’t seem any more taken with the idea, either. Three MPs (Green, Labour and Lib Dem) who tried to introduce meat-free Mondays into the catering facilities of the House of Commons, received a negative response from the Director of Catering and Retail Services, who apparently feared that it would be disruptive to deny customers the opportunity to eat meat, even for one day.

In Germany, meanwhile, the Green Party’s proposal for a “Veggie Day”, in which canteens would be obliged to offer only vegetarian food once a week and individuals encouraged go veggie at home, was accused of contributing to a dramatic fall in the polls and limiting the party’s chances of success in the 2013 election.

The perception seems to be that enforcing meat-free days in these settings represents an unacceptable form of social control, and people are not happy about being denied the choice of whether they want to take part in the meat-free day or not.

A related initiative, to eat less but better quality meat, was met with similar resistance. An attempt by a former Liberal Democrat councillor and leader of a sustainability task-force group to put “less but better” meat on the menu of council canteens at Camden Borough Council in London was reported to have been criticized by the head of the borough’s health strategy, a Conservative councillor, who, it seems, was opposed to the lack of choice and people being told what they could and could not do.

Further resistance has, unsurprisingly, come from the livestock industry, with farmers worried what might happen to their businesses if meat-free days did take off in a big way. But rather than damaging their businesses, it has been suggested that meat-free days could instead provide opportunities to produce more welfare-friendly meat. If people ate less meat each week, the savings they made could be used to buy meat that is considered better, such as free range meat. Furthermore, it has been pointed out that as population is rising, the demand for meat will still be there, even if we do all eat less of it.

Despite the problems encountered in trying to implement these initiatives, some institutions are having more luck. A growing number of schools, universities, city authorities and businesses are taking part in meat-free days across the world, indicating that there is still significant interest in the idea.

So what other options are out there to satisfy our protein requirements if we do reduce our meat intake? Insects are one option that might provide us with a more sustainable protein source in the future, but plant and fungi-based meat substitutes might offer a more palatable environmentally sustainable substitute for meat.

Traditionally seen as products for vegetarians, meat substitutes are now making their way into the mainstream market, with producers starting to target meat reducers rather than just vegetarians and vegans, which constitute a far smaller target group - and it looks as if they might be succeeding. Demand for meat alternatives is on the rise. An article in Food Manufacture reported that sales of Quorn, a mycoprotein-based meat substitute, have increased by 20% over the past 2 years, which is believed to be due to a shift to more sustainable eating and a global transition towards more plant-based diets.

You might expect there to be some resistance from meat-eaters to trying these meat substitutes. But studies have suggested they are generally well accepted – though the form of the substitute and the type of dish it is used in play a role in just how acceptable they are considered to be. 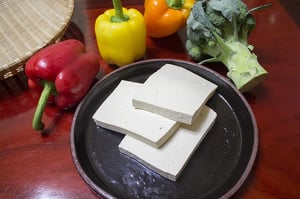 Another study looked at consumers’ experiences and sensory expectations of meat substitutes, as well as how appropriate they considered them to be for use in different dishes. Most of the consumers found the use of meat substitutes to be appropriate in the dishes presented to them. They considered their healthiness, ease of preparation, neutral flavour, crispiness, and chicken-like or granular texture to be positive attributes, but a uniform taste, compactness, dryness, softness and high price to be negative attributes.

And even those who don’t find them acceptable at first might change their minds after trying them a few more times. In another study, non-vegetarian participants consumed one type of product (Quorn, tofu or chicken fillet as a reference) with a self-selected hot meal 20 times during 10 weeks. Despite the boredom experienced after consuming the same product so many times over the course of the experiment, over half of the participants showed an increase in the liking of tofu over time, suggesting that meat alternatives might be appreciated better after repeated consumption.

Although the idea of replacing real meat with meat substitutes could offer a good alternative, committed carnivores might be left feeling less than satisfied with this suggestion. Another solution, however, might be just around the corner that could help meat-lovers reduce the environmental impact of their food without having to give up their much-loved meat.

Another study carried out in China that compared the environmental impacts of producing different protein sources for nutrition, including crops, livestock products and cultured meat, showed that cultured meat had the lowest land use per unit of protein and unit of human digestible energy, while crops had the lowest energy use and greenhouse gas emissions per unit of energy and protein. And although the energy use in cultured meat production was slightly higher than that of current pork production, greenhouse gas emissions were lower.

There are still many challenges to be overcome before cultured meat can become commercially feasible, however, and consumer acceptance and ethical constraints could hinder its prospects.

Lab-grown meat, plant- and fungi-based alternatives and meat-free Mondays all offer solutions that could help us meet the need to make more sustainable food choices. But which, if any, will consumers be willing to try?