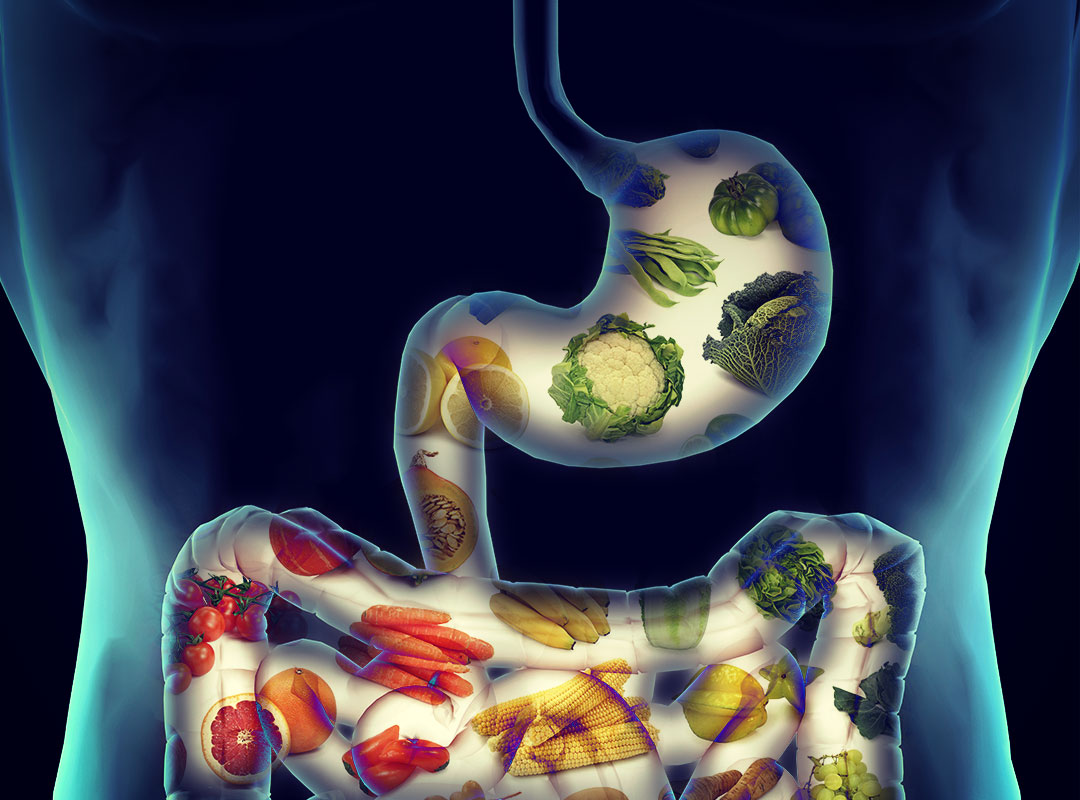 New nutritional therapies are aimed at boosting the variety of microorganisms that live in your GI tract, says neuroendocrinologist Mark Heiman.

Mark Heiman recently picked up a watermelon radish at his local farmer’s market in New Orleans and immediately had to try it. The milder, slightly sweeter flavor and pink flesh made the exotic radish species especially tasty, but Heiman was thinking more about the biological diversity of microbes it would provide his gut.

“Plants contain so many bioactive molecules, they are almost a library of chemicals that one can eat,” says Heiman, a neuroendocrinologist who is vice-president and chief scientific officer of Colorado-based MicroBiome Therapeutics. That’s why his biotechnology company, along with about 10 others in the field, is developing a new class of nutritional therapies—plant-based dietary supplements that act like medical foods. The company’s not-yet-named therapeutic, NM504, can alter microbial populations in the gastrointestinal (GI) tract. This therapy is designed to treat illnesses such as diabetes and obesity by interacting in specific ways with the human GI microbiome, which consists of 100 trillion microorganisms—three times the number of cells in the human body.

"My advice is to make your diet diverse and avoid simple habitual diets. We eat for two—ourselves and our microbiome”
- Mark Heiman

Heiman believes that Western diets lacking variety affect the body’s metabolic system. And there is new evidence that an imbalance in the microbial system can lead to Type 2 diabetes. One day, that could mean your annual medical exam would include fecal testing to determine whether your GI tract needs a greater mix of microbial activity to stay healthy. In addition to diet and exercise, for instance, a doctor could advise you to increase the varieties of foods you eat and prescribe a therapeutic supplement based on the chemical factors in your digestive system.

A call for more diversity

The microorganisms in your body live not only in your gastrointestinal system but also in your mouth, ears and skin. Heiman says he tries not to use the terms “good” and “bad” to describe the microorganisms of the gut, because some that are good for one person might not be good for another. “But it’s always bad if one or two species dominate because they all compete for space,” he says.

Heiman says that the greater the variety of resident microorganisms in your system, the healthier it is—much as a woodland ecosystem needs a balance of wildlife so that no one species can wipe out the others. A lack of diversity in the microbiome is associated with illness and metabolic diseases like diabetes, pre-diabetes and obesity, says Heiman, who was a senior research scientist at Eli Lilly for 22 years prior to joining MicroBiome Therapeutics in 2010.

“When one looks at the diet of the whole world, and not just the United States, several key factors show that as we increase our efficiency for growing food that is high in abundance, we have selected for the most productive species, leaving us with less diversity,” he says. “Seventy-five percent of the world eats only five animal species (chicken, fish, turkey, cattle and porcine), 75 percent eats only 12 plant species, and 60 percent of the world thrives on only rice, wheat and corn.

“Fifty years ago we had much greater variety in our diets,” he says, adding that despite the flow of food internationally, the food varieties now available to the average consumer are relatively homogeneous.

Beyond improving overall health, microbes can be used in therapies that can address specific medical conditions, says Heiman. People who are obese, for example, tend to have less variety in their gut microbes. His experimental NM504 therapy, which the company hopes to commercialize in the United States in a year, consists of a plant-based inulin, a fiber; beta-glucan, a soluble fiber from oats; and polyphenolic antioxidant compounds made from blueberries. Together, they can change how an individual’s mix of microbes and associated physical and chemical processes respond to digesting food.

“In most obese individuals, their bodies are very efficient in absorbing food calories,” Heiman says. “By adding a greater variety of microbes, their body can become less efficient, and more [unneeded] calories can come out the back door.”

In addition to obesity, his company is developing microbial therapies using NM504 for people with pre-diabetes. In an analysis of microbiomes from a healthy individual compared with a person who has Type 2 diabetes, the species of microbe that ferments food and makes short-chain fatty acids from dietary fiber is missing in a diabetic. The high-fiber NM504 nutritional therapy, currently in a powder form, contains bioactive molecules that interact with the microbiome, encouraging microbial species to forage on what had been missing in a person’s diet and allowing the desired bacteria to multiply because they have something to eat, Heiman says.

The company also has announced a new therapy called NM505, a proprietary combination of their microbiome modulator NM504 and metformin, the most widely prescribed first-line therapy worldwide for Type 2 diabetes. According to a press release, a recently published, peer-reviewed proof-of-concept clinical study showed that NM505 improves the tolerability of metformin while further reducing blood glucose levels in patients with Type 2 diabetes.

“The newest frontier that I foresee will be the discovery of interactions between the bacteria in our guts and our own physiology,” Heiman says. “The bacteria harvest their nutrients in their ecosystem—the microbiome—for their survival. The nutrients are remnants from the digestive process. Bacteria produce new molecules from their digestion of the remnants, and those molecules may interact with our physiology, like a conversation between the bacteria and our physiology.”

For example, when we eat certain types of foods, the particular bacteria that enjoy those remnants of digestion then produce molecules that communicate with the brain that we are full and there is no longer a need to eat, Heiman explains. But the conversation ends when those bacteria are not fed. “Then the satiety signal is missing and we are not only hungry, but hungry for a particular food, such as carbohydrates,” he says.

Although targeted microbial therapies to treat disease may be a year or two away, everyone can benefit their gut today by eating a greater diversity of plant food, says Heiman.

“My advice is to make your diet diverse and avoid simple habitual diets,” he says. “If going out to eat, look for new foods and new dishes to try. Go to farmers markets and try plants that you don’t routinely eat. Make certain you consume fruits. Processed foods have very little diversity, so try to avoid them. We eat for two—ourselves and our microbiome.”

Please visit the Future Food 2050 website for many more fascinating articles and resources.