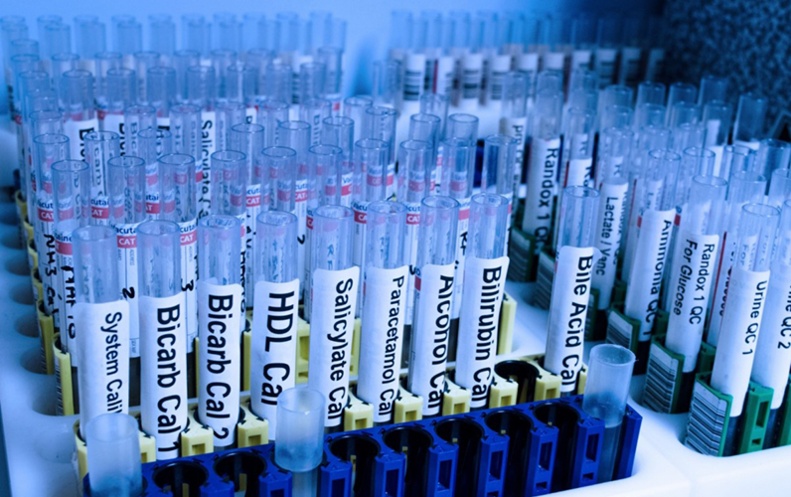 Gilbert's Syndrome affects around 3-5% of the world’s population, yet many will not realise they have it at all and usually find out as a consequence of other medical investigations for unrelated conditions. Gilbert’s syndrome is clinically defined as a higher than normal build up of bilirubin in the blood, known as mild unconjugated hyperbilirubinemia [1].

The reference range for total bilirubin in the bloodstream for a healthy individual is between 1-17 µmol/L [2], whereas individuals with Gilbert's syndrome usually have a slightly elevated level, between the ranges of 20-50 µmol/L [3]. Medical professionals will usually test the individual for raised unconjugated bilirubin levels also and this is an indicative sign of Gilbert's.

Your blood is made up of a variety of components, predominantly it is made up of plasma- a mixture of sugar, fat, protein and salts, red bloods cells (erythrocytes), white blood cells (leukocytes) and platelets (thrombocytes) [4]. Naturally your body breaks down and renews your erythrocytes every 100-120 days through a process called hemolysis, one of the components from this breakdown cycle is the formation of bilirubin. Around 4mg of bilirubin/kg of body weight is produced daily. The majority of bilirubin found in the blood is from the natural breakdown of erythrocytes.

The formation of bilirubin takes place in the reticuloendothelial cells of the liver, spleen and bone marrow. Bilirubin is produced from the breakdown of a four-ring pyrrole containing a central iron atom. During the breakdown process, heme is degraded by an enzyme called heme oxygenase which liberates the iron centre of the heme and forms a green pigment called biliverdin.

Biliverdin can be recognised and associated with the changes and colouring of bruising during tissue damage or injury. Biliverdin contributes to the green and blue hues of bruising on the skin [5]. Biliverdin is then turned into the yellow/orange pigment known as bilirubin by the enzyme biliverdin reductase.

Bilirubin is made lipophilic by this process, it then passes into the blood whilst binding to blood protein- albumin. The albumin transports the bilirubin to the liver where it is taken up by liver cells (hepatocytes). Mono and di-glucuronidation occurs by uridine glucuronosyl transferase 1A1 (UGT1A1), this then allows the bilirubin to pass into the bile ducts and is stored inside the gallbladder. Your intestinal micro-flora also plays a part in the break down cycle of bilirubin. Bacterial β- glucuronidases then unconjugate the bilirubin glucuronides released into the gut from the gallbladder.

The end stage for bilirubin, is then either reabsorbed back into circulation to repeat the cycle again or it is excreted by the kidney or gut, contributing to the brown and yellow colour of urine and faeces [5] [6].

The role of UGT1A1

Gilbert's syndrome can also be caused by a missense mutation of the UGT1A1 gene and is inherited in an autosomal dominant pattern meaning that the individual has one copy of the gene that is altered but it is still enough to cause Gilbert's. The syndrome causes raised blood serum levels of unconjugated bilirubin due to the mutation of the UGT1A1 which causes reduced activity in the uridine glucuronosyl transferase enzyme which aids the glucuronidation of bilirubin, so it can pass into the bile and be passed into the gut. The reduced activity of this enzyme leads to the raised levels of unconjugated bilirubin levels in the blood stream [7].

Even though Gilbert's syndrome is classed as a benign condition, it still has important clinical implications because it is so often misdiagnosed. High bilirubin levels can often be interpreted as other chronic conditions such as chronic hepatitis or liver disease [8].

If bilirubin levels are significant enough then this can lead to jaundice and the noticeable yellowing of the skin and whites of the eyes. Jaundice is the only proven and recognised symptom for Gilbert's syndrome; however, individuals often notably mention other symptoms such as, being frequently fatigued, a loss of appetite, nausea, itchy skin, abdominal pain, IBS, difficulty concentrating and dark urine, these symptoms vary in severity. Around 30% of people however who have Gilbert's Syndrome are asymptomatic and do not suffer from any symptoms at all [9].

Recent research has also indicated that having raised bilirubin levels could increase an individual’s risk to gallstone disease, as biliary bilirubin has a lead role in the formation of gallstones. Biliary bilirubin and calcium combine to form calcium bilirubinate found in cholesterol gallstones [10].

Whether you are reading for your thesis, your own article, or for fun, you need to know you can trust the information you find. Check out our tips for critical appraisal.

An evolutionary advantage or disadvantage?

In regards to evolution it is interesting to see any benefits to the body that the conversation of biliverdin to bilirubin has, as bilirubin is well known to be neurotoxic at high levels in the blood stream.

A variety of research and epidemiological studies have indicated a strong link between a slightly increased level of serum bilirubin with a decrease in metabolic and cardiovascular disease in individuals. Individuals with Gilbert's syndrome have also shown not only to have a lower risk of cardiovascular disease compared with similar aged individuals but also a delayed all-cause mortality. The mechanism’s however on how bilirubin offers this protective cardiovascular effect in individuals is still unclear. Some of the protective effects of higher bilirubin levels have been suggested to come from bilirubin’s potent antioxidant abilities.

What has been noticed in individuals with Gilbert's Syndrome is that they appear to have longer telomeres than individuals who do not have Gilbert's Syndrome. Telomeres are nucleotide sequences positioned at the end of eukaryotic chromosomes in eukaryotic cells that protect the end of the cells chromosomes from a variety of attacking factors, whether that be reactive oxygen species or free radicals. As we grow older our telomere ends are lost over time. Telomere loss and gain is managed by the enzyme telomerase; however, a general fact of life is that through replication of a cells DNA that telomere shortening occurs and the rate of which telomere shortening occurs is closely linked to that of an individual’s life span [11].

Longer telomeres in Gilbert's Syndrome patients holds true to the antioxidant effects of bilirubin, the higher levels of bilirubin might have a protective effect over individuals’ telomeres. It has been proven that with each cellar division of your cells, each division shortens your telomere lengths. Increased bilirubin levels could have a protective effect against the shortening of telomeres in individuals with Gilbert's Syndrome and may be one of the reasons as to why these individuals tend to outlive people without the syndrome [12] [13].

Whilst Gilbert's does not pose a harm to an individual, with research even suggesting that it may have some beneficial effects for individuals regarding longevity and decreased mortality, many individuals still report suffering from unpleasant side effects and symptoms. Gilbert's syndrome only has one clinically identified negative symptom, which is Jaundice of the skin and eyes, but individuals often note a range of other unpleasant symptoms such as fatigue, gastrointestinal discomfort or disruption, IBS and increased risk of gallstones.

With no “cure” as such for Gilbert's Syndrome many individuals turn to dietary intervention in an effort to combat the symptoms of this syndrome. Dietary intervention however has not been heavily researched in Gilbert's, but a number of case studies in patients have shown the side effects and symptoms of Gilbert's being some what “reversed”, especially regarding diets based on the paleolithic ketogenic diet. 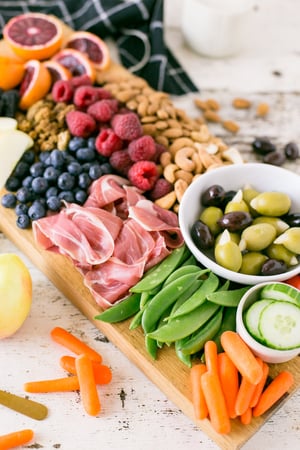 Her diet was low in animal fat, red meat and offal. After 20 months of being on a paleolithic diet with little side effects and impact on her biomarkers she was advised to shift to a paleolithic ketogenic diet during the case study, which included eating animal fat, meat, eggs and offal with a fat to protein ratio of 2:1.

The patient noted an increased level of fitness and energy and a decrease in general fatigue that she had been suffering from previously with Gilbert's. During the dietary changes her serum levels of both total and direct bilirubin declined below the upper limit of the normal range. Clinically she no longer had raised bilirubin levels and the jaundice that would class her as having Gilbert's Syndrome, she had also previously suffered from quite severe jaundice which had also disappeared whilst taking part in the case study. Supplementation is recommended during a paleolithic ketogenic diet, however the patient’s vitamin and mineral levels maintained within the normal levels for the duration of the diet, the individual also reported no adverse side effects to embarking on this dietary intervention.

However, it is essential that we bear in mind how much is still not yet understood about the evolutionary benefits of individuals inheriting Gilbert's Syndrome, as having higher than normal level of bilirubin has shown to be somewhat protective against serious diseases such as some cancers and cardiovascular disease. It may therefore not be in the patient’s best interest to attempt to lower their bilirubin levels to normal range, a careful balance of interests may need to be considered whether the severity of the individuals’ symptoms from Gilbert's outweighs the protective effects of elevated bilirubin levels [14].

FSTA is quality-checked by experts in food-related sciences and contains a wealth of interdisciplinary, food-focused information that you can trust. This makes it a great tool for researching published science on metabolism and so many other topics.