Are Seed Vaults the Key to Food Security?

The idea of an impending Doomsday has existed in our collective conscious for centuries.

Whether approached from a religious or cultural bent (for example, 2012’s misunderstood Mayan calendar) or a more ‘worldly’ perspective (for instance, concerns over biotechnologies or nuclear warfare), the notion is by no means uncommon.

While the possibility of a global catastrophic event today appears distant, climate change and food insecurity – both imminent causes for concern – already have contingency plans in place. For over a decade, agricultural and food scientists worldwide have been establishing what many call the Doomsday Seed Vaults. 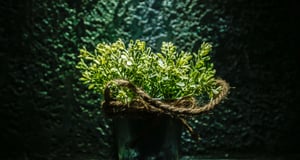 What are the Seed Vaults?

To ensure the enduring food security of our now almost 7.3 billion strong global population, the International Treaty on Plant Genetic Resources for Food and Agriculture (aka. The Plant Treaty) came into force in 2004. Originally, the Plant Treaty highlighted a non-exhaustive list of 64 food and forage crops as invaluable for food security worldwide – and since then, 136 countries have agreed to conserve and share copies of their crop collections for the purpose of scientific research.

While this was a great step forward for sustainable solutions in food and health, questions remained around capital investment and logistics: how are we going to secure these crops? And who is going to pay for them?

The Crop Trust was therefore established in 2004 by the Consultative Group for International Agricultural Research (CGIAR) and the UN’s Food and Agriculture Organization (FAO) as an independent scientific body to govern and distribute the Crop Diversity Endowment Fund. The Fund is employed by the Trust to further their core mission: to further crop- or bio-diversity through helping fund ‘vaults’, or genebanks and research institutes, based in various locations worldwide. The samples stored in such genebanks being accessible to researchers, plant breeders, and other agricultural groups through a process of request, such biodiversity is to trickle down into farmers’ field and, ultimately, our plates.

Where Are These Seed Vaults and How Do They Work?

The vaults, of which there are more than 1,700 worldwide, contain samples of local key crops and seeds. As outlined in the Plant Treaty, copies of these samples can be accessed by either their supplier nations or other interested parties and nations upon request. In the meantime, they’re put to use in laboratories where, in the hope of rendering our food supply sustainable and future-proof, rigorous crossbreeding and genetic modification experiments are pursued.

Currently, we rely too heavily on a small, homogeneous set of stock vegetables and crops – think about what you buy during your weekly shop: potatoes, carrots, the same core set of fruits and nuts? This lack of variety leaves us susceptible to potentially catastrophic fallouts from plant diseases, pests, or environmental changes precluding these from being mass-produced or distributed; for instance, more flood-tolerant or drought-resistant varieties may eventually be needed.

A Selection of Vaults 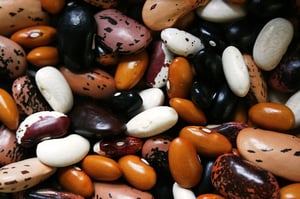 Beans are a staple of many people’s diets, providing an inexpensive source of protein, fibre, and multiple key vitamins, including A, B6, C, and D. But with climate change heralding increased temperatures and humidity alongside frequent droughts, even the humble bean could struggle.

In view of this, in early 2015, genebanks were put to use in major cross-breeding programs, producing a new, more heat-resistant strand of bean.

The work was carried out by the International Center for Tropical Agriculture (CIAT) at their Columbian and African facilities. The as-yet-untasted small red product is a cross between common beans like white, black, and kidney beans, and the less well-known tepary – a foodstuff cultivated since the pre-Columbian period in northern Mexico and the American southwest.

From Syria to Svalbard

On an island off Norway’s Svalbard archipelago, located in the heart of an Arctic Circle mountain, stands the nexus of the international seed vault network: the Svalbard Global Seed Vault.

Svalbard acts as a central backup storage facility for the collections of all genebanks scattered across our planet, containing copies of each of the samples stored in these various locations. Its current holding is over 860,000 samples, and it has a capacity for 4.5 million crop varieties and 2.5 billion seeds.

The purpose of such a leviathan facility is that if any of the devolved genebanks run into problems – be this as major as a war or as minor as a broken freezer – the crops held in these locations are not lost to posterity.

How Important is Svalbard?

This network hub has featured in the food science and technology news recently as, for the first time since its inception 7 years ago, Svalbard was opened to release 38,000 seeds of cereals, wheat, barley, and others to researchers previously based in a Syrian genebank.

Prior to the major eruption of the conflict in Aleppo, Syria, scientists based at this local genebank, the safety of which had been compromised, securely harvested 375 species of seeds – protecting as much as 80% of their samples by transferring them to Svalbard and smaller vaults in Mexico, Turkey, and Lebanon.

But given that the war has claimed vast terrains of farmland, reducing the regions’ genetic diversity and increasing the food demands for struggling farmers and locals, the Aleppo scientists have decided to continue their valuable research at a new base in Beirut and smaller, temporary bases in Lebanon and Morocco using Svalbard’s delivery of 38,000 crop samples.

The researchers hope to employ the products of their findings once the war begins to subside.

What Can We Learn from Svalbard’s Seed Exodus?

Recent events demonstrate the value of a global headquarters for the seed network, helping ensure our food security and sustainability through facilitating scientific and agricultural research into genetic diversity.

By successfully performing its intended purpose so efficiently and effectively, this international contingency plan grants us a reassuring insight into the invaluable work of agricultural and food scientists across the world – while reminding us in the most vivid manner that even in war-torn regions, great research is ever being pursued and requires not only capital but committed collaboration.

(Image Credits: Eli Slavutski at www.unsplash.com and jan_nijman at www.pixabay.com)