How Does Food Affect Sleep? 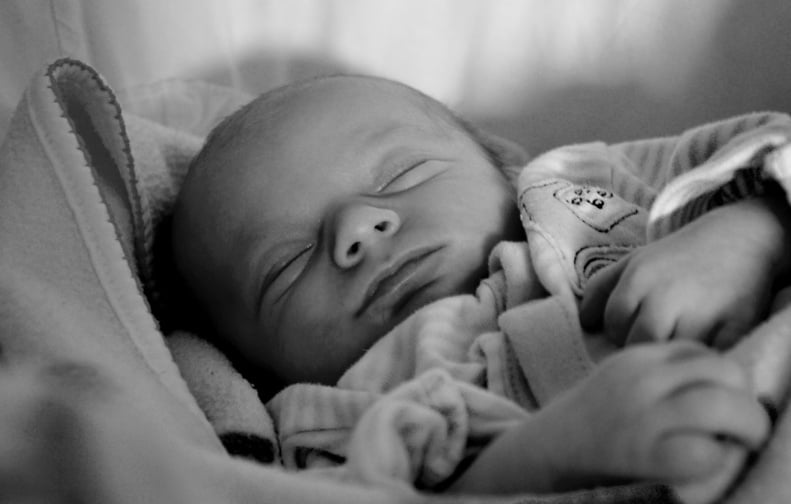 Sometimes, we all have trouble getting a good night’s sleep. Stress, noise disturbances and too much stimulation before bedtime can all contribute to us having difficulty drifting off. Sleep is essential for maintaining mood, memory and cognitive functions, and as well as having a negative impact on these factors, a lack of sleep can also have serious consequences for our health. Not only is it crucial for normal functioning of the endocrine and immune systems, a lack of sleep has also been linked with obesity, diabetes, hypertension and depression. Some dietary components have long been known to have a disruptive effect on sleep, but evidence is emerging of other interesting foods that may help us on the way to the land of nod.

The regulation of sleep is a complex process, involving both homeostatic control and circadian rhythms. From the time that we wake up in the morning, the drive for sleep accumulates, reaching its peak late in the evening. Although the mechanisms behind this are not fully understood, there is evidence that adenosine is involved, with blood levels of this nucleoside rising whilst we are awake and decreasing during sleep.

Circadian rhythms occur cyclically over a 24 hour period, and are driven by a group of neurons in the hypothalamus of the brain known as the suprachiasmatic nucleus (SCN). Light is the strongest influencing factor on the SCN and plays a fundamental role in setting the circadian clock, telling us when we should be asleep and when we should be awake. When light reaches the retina in the eye, it stimulates a nerve pathway to the hypothalamus. There, signals are provided by the SCN to other parts of the brain that control functions that play a role in making us feel sleepy or awake. Importantly, light reaching the eye inhibits the release of melatonin, a hormone associated with sleep onset. As darkness falls, however, melatonin production can begin and body temperature starts to drop. Melatonin, which causes drowsiness and helps us get off to sleep, is secreted predominantly by the pineal gland of the brain and then released into the blood, where levels stay elevated for around 12 hours before falling back to almost undetectable daytime levels by about 9 am.

The biosynthesis of melatonin

Because of the role of melatonin in the onset of sleep, some people have postulated that the intake of an extraneous source of melatonin – and the compounds needed for its synthesis - might help to improve sleep.

Tryptophan, an essential amino acid in the diet, is the starting product for the synthesis of melatonin. To make melatonin, tryptophan is first converted to 5-hydroxytryptophan by tryptophan hydroxylase (TPH), then to serotonin by aromatic amino acid decarboxylase (AADC). Serotonin is then converted to N-acetyl-serotonin by arylalkylamine-N-acetyltransferase (AANAT), and finally to melotonin by hydroxyindole-O-methyltransferase (HIOMT). The rate at which melatonin is formed depends on the activity of AANAT, and to a lesser degree TPH, which regulates the availability of serotonin.

Tryptophan is contained in many protein-containing foods, including meat, fish, eggs, dairy products, soybeans, sunflower seeds and oats. However, eating one of these tryptophan-containing foods alone would probably not be enough to induce sleep, as tryptophan competes with other large neutral amino acids (LNAAs), which may be more abundant in the food, to cross the blood-brain barrier via the same transporter. Carbohydrates, however, can reduce this competition by increasing the plasma concentration of tryptophan relative to other LNAAs via the indirect action of insulin, which promotes the selective uptake of LNAAs to the muscles. This results in a greater ratio of tryptophan in the blood compared to the other LNAAs, and less competition for the transporters. Carbohydrates may thereby indirectly increase sleepiness by allowing more tryptophan to get to the brain where it can be converted to serotonin and then melatonin.

While a supply of tryptophan is essential for this biosynthetic pathway, it is not the only dietary component required – some vitamins and minerals also act as co-factors and activators in the pathway and must therefore be available in order for melatonin to be synthesized. Folate and vitamin B6, for example, act as coenzymes in the pathway, while zinc and magnesium are thought to enhance the formation of melatonin from serotonin by binding to AANAT, thereby activating it and increasing its affinity for binding with serotonin.

One, perhaps surprising, food item that might help induce sleep is the kiwifruit. This fruit is known to contain serotonin, which, as well as being part of the melatonin biosynthetic pathway, is also thought to be related to rapid eye movement sleep. In addition, kiwifruits are rich in folate, which acts as a coenzyme in the melatonin biosynthetic pathway. A study in which 2 kiwifruit were consumed each night, 1 hour before bedtime for 4 weeks showed that the fruit improved sleep onset, duration and efficiency in adults with self-reported sleep disturbances. Low levels of serotonin and folate have both also been linked with insomnia, so kiwifruit might be a promising night time snack for those finding it hard to nod off.

Other foods contain fully-formed melatonin, by-passing the need for its synthesis. Milk is one of these. Interestingly, it has been shown that milk produced at night time contains increased concentrations of melatonin compared to that produced during the day. Because of this, it is thought that milk collected from cows at night time could improve sleep quality. As a study published in the Journal of the Science of Food and Agriculture found, adding tryptophan to this milk may improve its sleep-inducing properties further. In this study, it was shown that rats consuming milk collected at 2am with the addition of tryptophan had higher blood melatonin levels than the control group, and it was concluded that the milk improved the sleep quality of the rats.

As well as these foods, melatonin is found in notable quantities in several different fruits, vegetables and cereals, including tomatoes, olives and barley. A study looking at the sleeping habits of high school students in Korea showed that good sleepers ate more fruit and dairy products than poor sleepers, including apples, strawberries, bananas and milk, while another study showed that women who were poor sleepers had significantly lower vegetable and vitamin B6 intakes compared to good sleepers.

Other foods and beverages may have a more disruptive effect on sleep. It may come as a surprise that coffee actually contains quite a high amount of melatonin. However, while the melatonin content is high, the caffeine contained in coffee also acts to reduce endogenous nocturnal melatonin levels. As mentioned earlier, adenosine is involved in the sleep-wake cycle, increasing throughout the day and decreasing at night while we sleep. When adenosine binds with adenosine receptors, intracellular cyclic adenosine monophosphate levels increase, which in turn increases the production of AANAT, the rate limiting enzyme involved in melatonin synthesis. Caffeine acts as an adenosine receptor antagonist, blocking the adenosine receptor and thereby decreasing the synthesis of melatonin. Contrarily, caffeine may also reduce the breakdown of melatonin as both compounds compete for the same metabolizing liver enzymes.

Wine and beer also both contain melatonin, but, like the effects of caffeine in coffee, the alcohol in these beverages may counteract the effects of melatonin. Furthermore, as well as affecting melatonin levels, there is also some evidence that alcohol can affect sleep architecture - the amount of time spent in the different stages of sleep throughout the night.

While light remains the greatest regulator of melatonin production and sleepiness, there is a growing body of evidence to suggest that certain foods could help us on our way to a better night’s sleep.