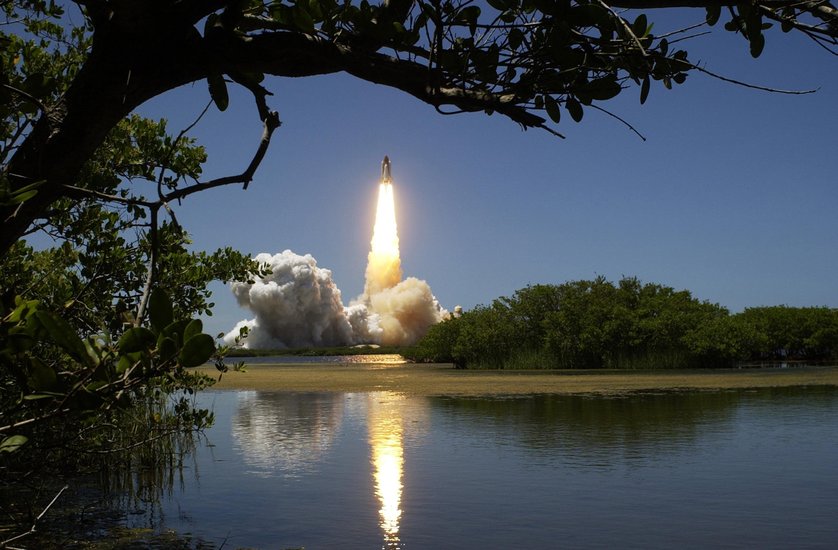 In his January 1961 farewell address to the nation, President Dwight D. Eisenhower worried about the tradition of ‘the solitary inventor, tinkering in his shop [being] overshadowed by task forces of scientists in laboratories and testing fields.’

NASA has certainly employed large teams of scientists and engineers to manage its complex missions; however the agency has also encouraged originality and the spark of genius that comes from passionate, individual inventors.

Both methods have resulted in remarkable technical innovations that have served to advance progress in aeronautics research, space science, space exploration and… food safety.

When you consider the connection between NASA and food, your first thoughts might be of dehydrated ice cream or astronauts squeezing food out of tubes like toothpaste. Both are correct, but that's only part of the story. NASA technology has resulted in much more than just freeze-dried, oddly-packaged food. It has led to advancements in many different areas of food preparation.

In fact, NASA essentially invented an approach to food safety that is used in numerous areas of the food industry to this day. As NASA grappled with the challenge of feeding astronauts in the first manned space program, the agency began to recognise that, in addition to being nutritious and space-friendly, the food needed to be free of toxins and safe to eat.

The agency contracted the Pillsbury Company in 1960 to develop food products for space. At the time, food safety programs were based on inspecting the end product, which wouldn't work for the astronauts' specially-developed food because so much testing would be required. As neither Pillsbury nor any other commercial company could guarantee uncontaminated food for the astronauts, a system was developed that was based on preventing problems from occurring in the first place.

The Hazard Analysis & Critical Control Points (HACCP) system requires the identification of stages during the manufacturing process that could result in a food safety hazard. Once the potential hazards are found, they can be minimised or eliminated through monitoring.

The system worked so well for NASA that the lead Pillsbury scientist, Dr. Howard Bauman, advocated that Pillsbury adopt it, too.

Following two national food-safety scares in the early 1970s, the US Food and Drug Administration (FDA) asked Pillsbury to conduct a HACCP training program for FDA inspectors of canned food factories. These days, the FDA and the US Department of Agriculture (USDA) have mandatory HACCP programs for meat, seafood and juice processing. Other food industries worldwide, including restaurants, have also voluntarily adopted HACCP as a form of best practice.