Research to Safeguard the Future of Chocolate

Pests and diseases already destroy about a third of potential cocoa production, and as the climate changes there will be a greater threat to future supplies of cocoa. 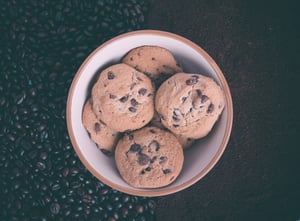 Researchers from The University of Reading now have the funds for a new five-year project to assess the threat climate change poses to cocoa. This research project is being led by Professor Paul Hadley, from the School of Biological Sciences. He said:

There is now a broad agreement that future climate change as a result of increased greenhouse gases and deforestation is likely to lead to challenging climatic conditions for almost all crops. Particular challenges for tropical crops are likely to include less evenly distributed rainfall patterns and higher maximum temperatures.

With little or no research being carried out on the effects of climate change on cocoa, the new project highlights the University’s importance to the crop’s future. Cocoa not only provides pleasure to millions across the globe by giving us chocolate, but is also vital to the economies of established cocoa growing countries in West Africa which supply the UK, as well as offering potential export earnings to countries new to cocoa growing such as Vietnam and Tanzania. Our project aims to devise long-term strategies that will be required to breed new cocoa varieties which are better suited to climates likely to exist in the future.