Botulism is a rare, but potentially fatal infection caused by neurotoxins (classified A through F) produced by the anaerobic, spore-forming bacterial species Clostridium botulinum. This bacterial species is found in soil, dust, and agricultural products, such as honey, corn (maize), and beans.

The infection is predominantly caused by type A toxin (type F is most toxic, type B is least toxic), though there is also a type G toxin which is produced by a newly classified species of Clostridium – C. argentinense.

Botulinum toxin is the deadliest naturally occurring poison in the world – 500g is sufficient to kill every human being on the planet. 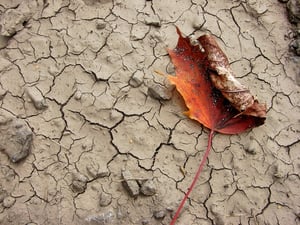 There are three main types of botulism:

Other possible causes of botulism include: an incorrect injection during cosmetic botox treatment; breathing in the toxin in the form of a prepared gas; and drinking deliberately contaminated water (normal treatment processes for drinking water de-activate the toxins).

Botulism is a serious condition requiring immediate medical attention. The symptoms of food-borne botulism usually begin with nausea, vomiting and diarrhoea. It usually takes 12 – 36 hours after eating contaminated food for the more serious neurological symptoms to appear, although it can sometimes take as little as 6 hours or as long as 8 days.

If large amounts of the neurotoxin have been consumed, the early symptoms may not be present and the neurological symptoms may instead develop straight away.

Neurological symptoms of food-borne (and wound) botulism include:

As the toxin spreads, weakness and paralysis of the upper limbs occurs, followed by respiratory failure and death. Sensory awareness is unaffected and there are no symptoms of fever. As a result, all suspected cases are treated as medical emergencies, and public health officials are typically involved to identify the origin of infection and prevent further cases from the same source.

Botulism requires prompt hospital treatment; however, the precise way in which it is treated depends on the type of botulism under investigation. Accurate and thorough intensive care unit support is essential, with mechanical ventilation if needed. Antitoxins are very effective in treating botulism, although a full recovery may take several months; if antitoxins are administered quickly, then they can slow down the progression of paralysis and decrease the duration of illness.

In 2012, Riikka Keto-Timonen et al published an article ‘Inhibition of Toxigenesis of Group II (Nonproteolytic) Clostridium botulinum Type B in Meat Products by Using a Reduced Level of Nitrate’ in the Journal of Food Protection, produced by the International Association of Food Protection. The results suggested ‘that the safety of processed meat products with respect to group II C. botulinum Type B can be maintained even with a reduced concentration (75 mg/kg) of sodium nitrate’.

This article is the one millionth record on FSTA – an intelligence service constantly monitoring developments in the areas of food science, technology and nutrition. This momentous achievement underscores IFIS’ commitment as the leading international information provider and distributor of food and drink related information.

Check out the news item.