Caffeine: Is it Time to Wake Up and Smell the Coffee? 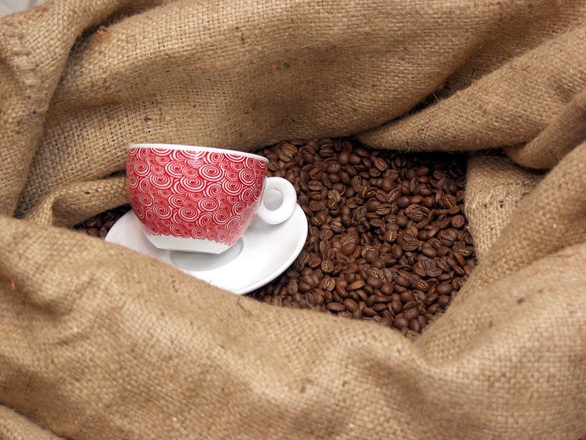 Scientifically classed as a crystalline xanthine alkaloid, caffeine is a chemical sometimes called ‘theine,’ ‘guaranine,’ or ‘matein,’ according to whether tea, guarana or mate, rather than coffee, are being discussed.

It occurs in the nuts, berries, beans, seeds, pods, hulls, leaves and barks of several dozen varieties of plants where it acts as a natural pesticide that paralyses and kills certain insects feeding on the vegetation.

Caffeine’s potent antibiotic, antifungal, pest killing powers may explain why Coffea canephora (known widely as Coffea robusta), which procures a larger amount of the chemical, is much hardier that its more delicate cousin, Coffea arabica. 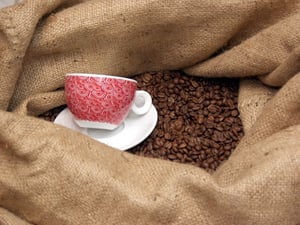 Caffeine is odorless and has a characteristic bitter taste. Often found as a white powder it dillutes in water; however its solubility in liquid is considerably increased at higher temperatures.

Caffeine is a very weak base - a substance that can accept hydrogen ions (protons) or, more generally, donate electron pairs - reacting with acid to yield readily hydrolyzed salts and relatively stable in dilute acids and alkali. Hydrolysis is simply the reaction of a substance, in this case an ion or ions, with water.

In humans, caffeine acts as a central nervous system stimulant, temporarily warding off drowsiness and restoring alertness. It is the world's most widely consumed psychoactive drug, but, unlike many other psychoactive substances, it is both legal and unregulated in nearly all parts of the world. Beverages containing caffeine, such as coffee, tea, soft drinks, and energy drinks, enjoy great popularity; in North America, 90% of adults consume caffeine daily.

It produces increased wakefulness, faster and clearer flow of thought, increased focus, and better general body coordination. The amount of caffeine needed to produce effects varies from person to person, depending on body size and degree of tolerance. Effects begin less than an hour after consumption, and a moderate dose usually wears off in about five hours.

In athletics, moderate doses of caffeine can improve sprint,endurance, and team sports performance,but the improvements are usually not very large. High doses of caffeine, however, can impair athletic performance by interfering with coordination. This point is contentious and runs counter to the argument(s) put forward by Sanford Bolton and Gary Null in their paper, Caffeine Psychological Effects, Use and Abuse.

Consumption of large amounts of caffeine - typically more than 250 mg per day - can lead to a condition known as caffeinism. Caffeinism usually combines caffeine dependency with a wide range of unpleasant physical and mental conditions including nervousness, irritability, restlessness, insomnia, headaches, and heart palpitations after caffeine use.

Coffee consumption is associated with a lower overall risk of cancer.This is primarily due to a decrease in the risks of hepatocellular and endometrial cancer, but it may also have a modest effect on colorectal cancer.

What, if any, conclusions can be drawn from such research and debate? Broadly, as well as taking the public’s pulse, we all – food scientists, food researchers, food producers and food manufacturers alike – need to do a more-judicious review of the studies that are fueling the public’s perception and, ultimately, follow the science.