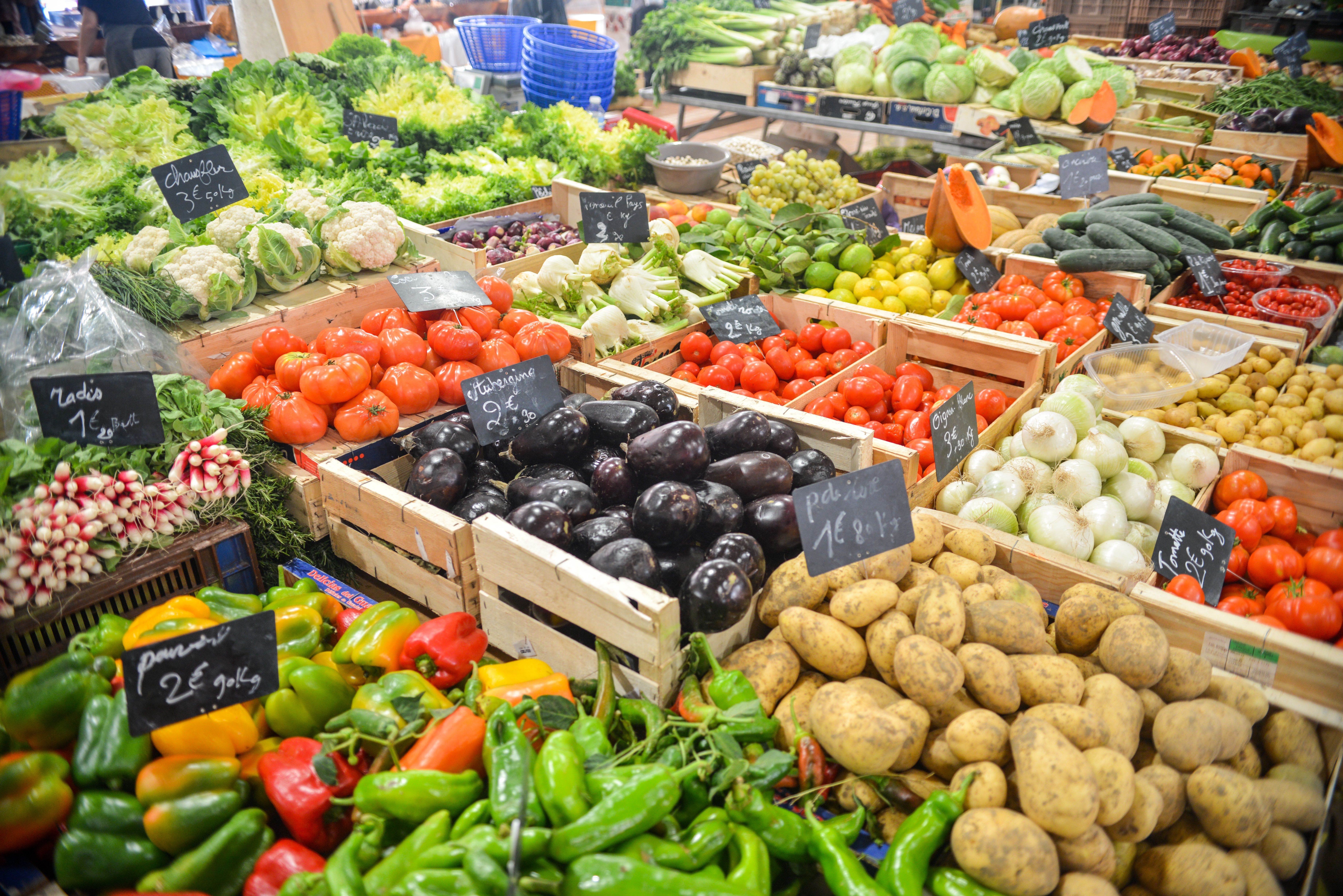 Interest in local food is growing. Consumers choose to buy local foods for a wide variety of reasons, including their perceived nutritional superiority and health benefits, advantages for the local economy, and to help protect the environment.

What is a local food?

But what exactly is a local food product? Although at first it might seem obvious what a local food is, there is no set definition of just how local a local product needs to be in order for the term to be used. Does it need to be produced within the same county or province? Within 50 miles of the consumer’s home? Or is something grown or produced within the country a consumer lives in close enough? What some consumers might consider local may not be nearly local enough for others, while others still could have more far-reaching views of what local food could encompass.

The term “local” can also conjure up all sorts of idyllic images in a consumer’s mind about where that food has come from – thinking about local food, it is easy to imagine a small, picturesque family farm with animals roaming free and maybe even a cheerful farmer digging up carrots by hand.

But while some local food products may start their lives on farms a bit like this, it is not necessarily the case – food from a large-scale, industrial farm that is close to the place it is being sold could just as equally be marketed as local. After all, calling a food “local” doesn’t really imply anything about the conditions under which it was produced. Nor does it provide any guarantee of the freshness or nutritional value of the food, or infer that it is organic, as some might assume.

Willingness to pay for local produce

But despite the lack of a definition making it clear what exactly constitutes “local”, it appears that many consumers are willing to pay a little bit more for these products.

Several studies also show similar findings. For example, a review published in Food Quality and Preference, which considered the findings of 73 relevant publications, found that although local food is not perceived as expensive, as is the case for organic food, consumers were willing to pay a premium for it.

Another study; revealed that Japanese consumers were willing to pay a significant premium for bread made from local wheat. In contrast, it was suggested that those who frequently buy local food have a negative willingness-to-pay for imported or nonlocal-domestic breads.

Yet another study, in which a nationwide choice experiment was carried out to gauge Canadian consumers' willingness to pay for local beef assigned with various mileage and geopolitical connotations, revealed that the consumers were willing to pay significantly more for home-province products over products generically labelled "local”. The study further showed that the consumers were mostly indifferent between products labelled generically as "local" and as "local: from within 160 km", implying that a 160-km radius fitted the perception of local of the representative consumers.

As mentioned above, there are several different reasons for consumers choosing to buy local products.

One study conducted in New Zealand aimed to understand how consumers define local food, what attributes they associate with local food, and the extent to which life cycle-based environmental aspects are represented in these attributes. The study, in which a majority of the respondents considered that local food may be defined as food that was produced in New Zealand, identified that support for community was the most important attribute associated with local food, while reduced greenhouse gas emissions, conserving the landscape, and organic production were the life cycle-based environmental attributes that were associated with local food.

In another study, which looked at consumers' perceptions of local foods in Indonesia, "location", "quality" and "price" were found to be the most salient characteristics of local foods. In this study, the idea of “village” was associated with the meaning of "local”.

Meanwhile, in another study, the characteristics of the people who purchase local food was studied. It was shown that for people who expressed a strong intention to purchase local food, this behaviour was linked to the types of food they ate (e.g. unprocessed foods), where they bought it (e.g. at speciality stores) and how they cooked it (e.g. following recipes). A range of personality and other personal characteristics were found to differ between local and non-local food buyers, with the former segment being more liberal, interested in quality and frugal. The study also asserted that consumers who expressed an interest in purchasing local foods were a demanding segment of the population whose interest in food made them critical judges of produce.

Other reasons often given for consumers buying local foods include their freshness, flavour and nutritional content. In contrast to produce grown on distant shores, which may have spent weeks travelling across the globe to reach its destination, losing valuable nutrients and flavour along the way, local food is often harvested shortly before being sold - an appealing factor for many consumers.

In addition, a wider range of varieties of fruit and vegetables may be on offer locally. When being grown for distant markets, the ability of fresh produce to survive the journey without damage is an important consideration, as is the ability of the chosen variety to resist disease, ripen simultaneously, withstand the harvesting process and survive on the supermarket shelf for a reasonable amount of time in good condition.

As locally grown produce does not need to endure such conditions, different varieties are likely to be chosen for local markets, quite possibly with a greater focus providing good flavour, an array of colours, or heirloom varieties that have been around for hundreds or thousands of years.

As well as offering consumers the opportunity to try produce in new flavours and different colours, growing a wider assortment of varieties has another important consequence – it helps preserve genetic diversity, thereby increasing the resilience of the crop to potential future threats.

Advantages for the local economy

Another reason many consumers choose to buy local food is its benefits for the local economy – in the Packaged Facts report mentioned earlier, more than half of consumers said they bought local products to support local businesses.

Buying directly from local farmers helps them to stay in business, and farmers who sell directly to consumers, for example through farmers’ markets, can cut out the middle man (or men) and hence get a better price for their food.

This, in turn, may help maintain the viability of small, local farms and, as money spent with local farmers and growers is more likely to stay close to home, it has a greater chance of being reinvested with businesses and services in the local community.

Food miles and the environment

The perceived benefit of local food to the environment is another reason often given for consumers choosing local food. But how much difference does buying local really make?

It has been estimated that conventional food typically travels between 1,500 and 3,000 miles to reach the consumer, and usually requires additional packaging and refrigeration. Many consumers therefore choose local produce to cut down the “food miles” taken for their food to reach their plates.

However, the concept of food miles has been criticised as a reliable indicator of the environmental impact of a food. Those who dispute the concept of food miles as an indicator of the sustainability of a food say that the impact of a food on the climate depends not just on the distance it travels but, more importantly, on what happens before it is delivered.

One study that examined the life cycle of greenhouse gas emissions in the production, transportation and distribution of food in the United States found that although food is generally transported long distances (1640 km delivery and 6760 km life-cycle supply chain on average), it is the production phase that contributes the most to food-associated greenhouse gas emissions, at 83% of the average US household’s 8.1 t CO2e/yr footprint for food consumption.

Transport accounted for only 11% of the food’s greenhouse gas emissions, with the final delivery from the producer to the market responsible for only 4%.

The study suggested that a dietary shift would be a more effective means of lowering a household’s food-related climate footprint than buying locally produced food, with different food groups exhibiting large differences in greenhouse gas intensity – red meat being around 150% more GHG intensive than meat or fish. The study suggested that shifting less than one day per weeks’ worth of calories from red meat and dairy products to chicken, fish, eggs, or a vegetable-based diet would achieve a greater greenhouse gas reduction than buying all locally sourced food. 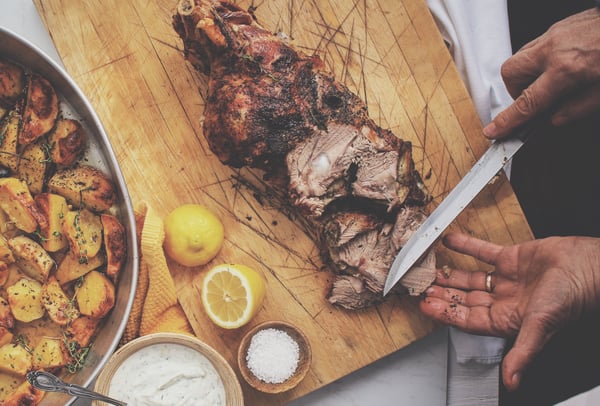 Further research also expressed concern regarding claims about the benefits of local food.

The analysis also considered the impact on greenhouse gas emissions of moving the UK towards self-sufficiency. Although quantitative evidence was absent on the changes in overall emissions that would occur if the UK switched to self-sufficiency, a qualitative assessment suggested the emissions per item of food would probably be greater under a scenario of self-sufficiency than under the current food system.

The review did not, it was concluded, identify any generalizable or systematic benefits to the environment or human health that arise from the consumption of local food in preference to non-local food.

Of course, food miles and greenhouse gas emissions may not be the only environment-related reasons for consumers to choose local produce. The more desirable practices of small-scale local farms may also play a role in the decision. Such farms may focus more on sustainable farming practices than large scale, industrial farms, providing ecosystem services such as protecting water sources, conserving fertile soil, and protecting wildlife.

Although interest in buying local food has been increasing over the past few years, there are still barriers standing in the way for some - a lack of access to local food being one key reason.

Local foods are often bought at farmers’ markets, while larger supermarkets are less likely to stock such a wide variety of them, if at all. As many consumers do most of their shopping in supermarkets and may not have a farmers’ market nearby that they can attend, access to local food may be limited.

Inadequate marketing and distribution strategies (not being well promoted, information on where to find it not being readily available, produce not being clearly branded or labelled as local and the range of products being limited) have also been noted as barriers to purchasing local food, along with a lack of assurance and trust that the product is actually local or that all of the ingredients are local.

In addition, the perceived inconvenience of buying local food, for example having to make an extra effort or travel further to find it, was associated with low purchasing levels and, although some research suggests there is not an increased price tag associated with local food and consumers are often willing to pay more for it, there is also a perception among some that local food and beverages are too expensive.

So, as a certain day in December draws near yet again, have you thought about whether you’ll be stocking up on local produce for the festive feast, or if it will simply be produce from the local supermarket atop your table? How to Achieve Sustainable Clean Water for Everyone

We Love Ready Meals … But What are They Doing to Our Health?