One of the leading eating plans for the past 20 years, the Mediterranean diet, is facing competition from the ‘Nordic diet’, which, scientists are discovering, could be significantly healthier. 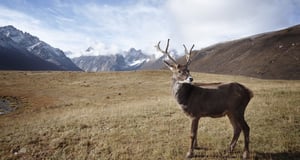 The research findings have generated excitement among many nutrition experts in the UK, as the British climate is more suited to producing the kinds of foods found in Scandinavia than it is to growing the sun-ripened foods of the Mediterranean.

Scientists at the University of Copenhagen have set up a €13.3 million project aimed at identifying and testing more products from the region that can fit into the so-called ‘New Nordic Diet’. They also plan to carry out trials with schoolchildren to see how the diet can help improve their health.

Professor Arne Astrup, president of the International Association for the Study of Obesity (IASO) and head of the Department of Human Nutrition, is leading the project. He said:

'The plan is to develop a counterpart to the Mediterranean diet that is superior in terms of health effects and palatability.'

According to the World Health Organization (WHO), in Finland around 23% of people are obese; in Sweden, the figure is as low as 10%; while in the UK, the number is around 25%.

Nutritionists in the UK have, consequently, pushed the vegetable and olive oil-rich diet as a way of combating Britain's poor public health record, and in Scotland the government funded research into the effectiveness of the diet with a feasibility and pilot study.

But the latest findings from scientists working in northern Europe suggest that foods from Scandinavian countries can provide a more convenient alternative.

Take your information searches to the next level with FSTA, the database designed specifically for research on the sciences of food and health. Learn more.

Research by Professor Elling Tufte Bere from the University of Agder, Norway, has shown that native berries from northern Europe such as blueberries, cowberries (Vaccinium vitis-idaea), and cloudberries (Rubus chamaemorus) contain as much unsaturated omega-3 fatty acids as fish per unit of energy.

He also found that they were rich in antioxidants, which are believed to reduce the levels of harmful molecules in cells that can build up over time and cause damage, leading to diseases such as heart disease, stroke, and cancer.

Rapeseed oil has been found to be a good alternative to olive oil, containing more omega-3 fatty acids, being a good source of vitamin E, and, unlike olive oil, rapeseed does not go toxic at high heat.

Cabbage and other brassica species such a kale and Brussels sprouts, which tend to thrive in cold-weather conditions, have been found by scientists at the University of Oslo to contain some of the highest levels of antioxidants of any vegetable and are a good source of vitamin K, which plays a role in blood coagulation.

Traditional Nordic diets have also been high in fish, as in the Mediterranean, with particular preference for salmon, trout, cod, and herring.

Professor Astrup also believes that game meat from animals such as elk and reindeer, and birds such as grouse, should also form a greater part of people's diets as these meats tends to be leaner than farm-reared livestock.

Dr. Joan Ransley, a lecturer in nutritional Epidemiology at the University of Leeds, said:

'In northern climates it is difficult to adopt Mediterranean diet simply because the ingredients like peppers and tomatoes don't grow in colder climates and the growing season is so much shorter. If they can represent these traditional foods in an attractive way it could be great.'

Trina Hahnemann, a Danish chef who recently published The Scandinavian Cookbook, added that in many parts of Scandinavia and Britain traditional diets had been abandoned in favour of foods from Italy and Spain. She said:

'I think that people have lost their food culture and forgotten about how foods suited to northern climates can be healthy. In Britain you have a lot of kale, but almost no one realises that you can eat it raw like lettuce and it is very nutritious.'

Photos by Salahuddin Apu on Unsplash and 223 223 at www.unsplash.com