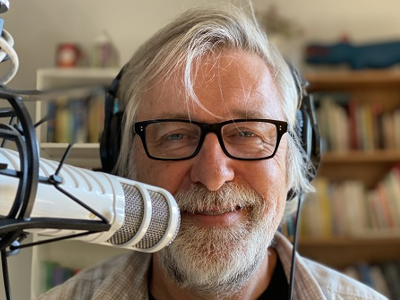 Dr. Schaffner has authored more than 100 peer-reviewed publications, book chapters and abstracts. He has been the recipient of more than US$5 million in grants and contracts, largely in the form of competitive national grants.

He has educated thousands of Food Industry professionals through numerous short courses and workshops in the United States and more than a dozen countries around the world.

Dr. Schaffner was awarded the International Association for Food Protection (IAFP) Elmer Marth Educator Award in 2009 for outstanding service to the public and IAFP in the area food safety and food protection education.He also received the Sustained Research and Impact Award in 2008 from the Rutgers School of Environmental and Biological Sciences and NJ Agricultural Experiment Station in recognition of research and scholarship that has provided significant contributions to his profession, and contributions that have had direct measurable impact on the communities he serves.

He has served on a variety of national and international expert committees, including service to US National Academy of Sciences and the World Health Organization (WHO) and Food and Agriculture Organization (FAO) of the United Nations, the Institute of Food Technologist (IFT) and US National Advisory Committee on Microbial Criteria for Foods (NACMCF).

Dr. Schaffner is active in several scientific or associations including the IAFP, IFT, Society for Risk Analysis (SRA), the American Society for Microbiology (ASM), and the Conference for Food Protection (CFP). Dr. Schaffner was elected a Fellow of the IFT in 2010 and is an Editor for the ASM journal Applied and Environmental Microbiology. Dr. Schaffner was elected the Secretary of the IAFP in 2010, a five-year commitment ending with his service of the President of the organisation.

It's difficult for me to judge significant advances in the three very comprehensive fields of science to technology and nutrition. However in my own field of food microbiology, certainly the advances that we've seen in quantitative microbial risk assessment and predictive food microbiology are very exciting.

In both quantitative microbial risk assessment and predictive food microbiology we face two competing challenges. On the one hand models need to be made easier to use. On the other hand there is a danger posed by making models too easy to use, such that people without adequate experience use models to come to erroneous conclusions. Because models are often complex, only people with considerable experience are able to evaluate whether those conclusions are justified or in fact are erroneous. I worry that our ability to produce models will outstrip the ability of experts to critique and peer review those models.

You’ve studied Food Science and Food Science & Technology at Cornell University and the University of Georgia, and have continued to work in the field at Rutgers, The State University of New Jersey, for over ten years. With this unique perspective, can you explain how the study of food science has evolved since you’ve been involved and what have been the most important changes, be they practical or attitudinal?

I've been a faculty member at Rutgers University for more than 20 years. In those 20 years I've seen modeling and risk assessment move from esoteric exercise to useful tool. I would say there have been advances both practical and attitudinal. On the one hand models are easier to develop and use than ever before. On the other hand attitudes regarding models are much more accepting than they were 20 years ago. People generally see the value of models or can appreciate the value of models, even if they don't understand all the details.

You have spent a great deal of your career researching quantitative microbial risk assessment and predictive food microbiology. What do you recognise as the difficulties for those continuing to make advances in the ability to tackle these challenging areas?

As noted above, we face two competing challenges. On the one hand models need to be made easier to use. On the other hand there is a danger posed by making models too easy to use, such that people without adequate experience use models to come to erroneous conclusions.

Would you agree that the study of food science is increasing in real-world importance and there is now a widely-recognised need of taking food science to the public? In other words, moving from pure theory to applied practice. Is this happening, is it successful or are there barriers that must be overcome?

I think food science has always been of real-world importance. One of the reasons why I chose it as a major as a young 18-year-old at Cornell University was that 'people always need to eat', so there will always be a need for food scientists. Because food science and food technology are complicated, they are sometimes difficult to understand. On the other hand, everyone eats food every day. So, everyone considers him or herself an expert. Thanks to the Internet, we have an unprecedented ability to share information about food, and many other things. Unfortunately, the Internet can give equal voice to both crackpots and experts. Leaving 'normal people' to sort it out for themselves.

You’ve served on a variety of national and international expert committees, including service to the US National Academy of Sciences, the World Health Organization (WHO), the Food and Agriculture Organization (FAO) of the United Nations, and the Institute of Food Technologist (IFT) to name but a few. You were elected Secretary of the International Association for Food Protection (IAFP) in 2010 and recently received a ceremonial gavel to mark the beginning of your term as President of the organisation. What do you hope to achieve, promote and advance during your presidency?

As an IAFP board member I've worked for three years already to put my mark on the organisation. Over my next year as president, and in the following year as past-president, I will continue to do this. I'm a strong believer in the value of technology for sharing information. I've been a big proponent of IAFP webinars, and have worked to encourage Association members to do more with this and related technologies. I've also been a big supporter of our lesser known journal, Food Protection Trends, as a key resource for sharing practical tips on food safety. I've also been a proponent for social media, encouraging the IAFP to do more with LinkedIn, Twitter and Facebook. In my spare time I've been exploring this myself. For example I host a podcast with my colleague Ben Chapman which is available at foodsafetytalk.com. While this is not part of my mission as IAFP, it is one of the most interesting, new and exciting things that I do these days.