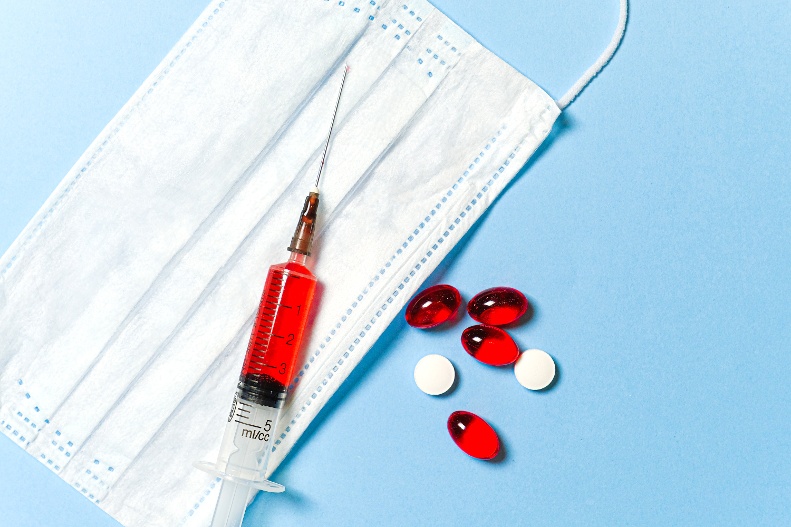 There is no denying the recent popularity of health and wellness trends. As of the end of 2018, the market had an estimated global value of $4.2 trillion. During the current climate, it has understandably gathered even more traction, with consumers increasingly concerned about obtaining and maintaining healthy bodies and minds.

With arguably the biggest captive audience in retail history and a reported 200% increase in online purchases of home and leisure goods since the start of 2020, it is inevitable that businesses will see the obvious potential in this market and that some will leverage it, where they can.

Founded in 1962, the Advertising Standards Authority (ASA) is the UK's regulator of advertising. It is responsible for handling complaints regarding a broad spectrum of advertising, including printed, digital and broadcast content. The ASA polices compliance with two advertising codes: The 'CAP Code' (which applies to non-broadcast advertising) and the 'BCAP Code' (which applies to broadcast advertising). Members of the public, competitors and interested parties can all file complaints regarding adverts with the ASA. If, following a complaint, the ASA finds that an advert fails to comply with the applicable code, it can issue a ruling, which requires the advertiser to remove the ad. The failure to comply with an ASA ruling can result in advertisers being referred to Trading Standards or to Ofcom.

A series of recently upheld ASA complaints demonstrate one of the core advertising principles at work: Namely that adverts must not exploit audience fears and/or mislead consumers into buying products. In this regard, the ASA has warned businesses to "think very carefully" before making direct or implied claims about COVID-19. The regulator has also issued a comprehensive guidance note, two industry wide Enforcement Notices and has even established a specific forum, for COVID-19 related complaints.

Issue 10 of the bi-monthly food and drink industry round-up, RPC Bites, which is published by law firm RPC, reported on the ASA's ruling on adverts for rehydration sachets, which contained COVID-19 related claims. Here, we look at three other recent rulings.

The first ruling was issued on 22 April 2020 and followed a complaint that had been made to the ASA regarding two adverts for an intravenous drip. The first ad included a claim that "Boosting your cellular NAD+ levels and sirtuin activity may therefore be a good way to boost your immune system and protect yourself from viral infections". The second ad contained the words “We carefuly[sic] monitor Government and The World Health Organisation advice and at the moment only one thing is very clear! Strong Immune System is key …" and expressly stated that the advertiser was a medical clinic.

The ASA concluded that the ads breached the CAP Code, as they implied that the drip could prevent people from contracting COVID-19. This was compounded by the fact that they were posted shortly after the WHO declared a pandemic and contained references to "viral infections", "boosting" the immune system and Government / WHO advice. Another issue was that in a separate breach of the CAP Code, the ads contained medicinal claims for unlicensed products.

Ruling 1 also prompted an industry-wide Enforcement Notice to be issued, in conjunction with the Medicines and Healthcare Products Regulatory Agency (MHRA), prohibiting advertisers of IV drips from stating or implying that they can help to prevent or treat COVID-19. The Enforcement Notice confirmed that the ASA would be undertaking targeted enforcement using monitoring technology to quickly identify and take action against non-compliant advertisers in this area (including possible referrals to the MHRA). On 28 May 2020, a second Enforcement Notice was issued, this time concerning the advertisement of vitamin shots, following an upheld adjudication against another advertiser (see Ruling 3, below).

On 7 May 2020, the ASA issued a second ruling, on this occasion regarding Instagram and Facebook adverts that had been posted by a health drinks company. One advert stated "Each stick of [product] contains...500mg of vitamin C", followed by the claim that "VITAMIN-C HAS BEEN PROVEN TO BOOST IMMUNITY BY MANY GLOBAL STUDIES… IT IS NOW BEING TESTED IN THE USA & CHINA AS A POSSIBLE CURE FOR COVID-19". The other advert directed readers to a review, in which a customer cited paranoia about COVID-19 and claimed that consuming the drink had alleviated a headache and sore throat. The advert also used the hashtag "#staysafe", which has become synonymous with the COVID-19 outbreak.

The ASA found that these adverts implied that the drink could cure COVID-19. There were two main issues with this: Firstly, that the CAP Code prohibits adverts which claim, or imply, that foodstuffs (including supplements) can prevent, treat or cure human disease. Secondly, that whilst certain health claims listed on the EU Register of nutrition and health claims are permitted in marketing communications, this is only the case where evidence has been provided in support of those claims. Here, the advertiser had failed to show that its products contained enough amounts of vitamin C to permit the inclusion of the claim in its ads.

The final ASA ruling analysed in this article, was issued on 13 May 2020. It concerned an advert which promoted medicines and claimed "ITS [sic] TIME TO BOOST YOUR IMMUNITY! IN THE FIGHT AGAINST VIRUSES! BOOK IN FOR YOUR VITAMIN D & B12 SHOTS! SUPPORTS YOUR IMMUNE SYSTEM, LUNG FUNCTION AND AIDS FASTER RECOVERY FROM ILLNESS & VIRUSES!".

The advert took the form of a promotional email, which had been sent to a customer subscription list during the COVID-19 outbreak. As such, the ASA determined that consumers were likely to understand that "VIRUSES" included coronavirus and to conclude that the promoted vitamin shots were an effective means of preventing or treating COVID-19.

The ASA has ruled that all adverts listed above must not appear again.

In March 2020 and presumably in response to cases such as these, the ASA issued specific guidance on advertising responsibly during the COVID-19 outbreak.

In the guidance, the ASA reiterated that:

The ASA has even set up a new report form for use in connection with complaints that specifically concern COVID-19 advertisements and has stated that its "primary aim during the pandemic is to protect the public by continuing to take action against ads promoting ‘cures’ or ‘guaranteed protection’ from the virus".

The rulings and related Enforcement Notices send a definitive message to advertisers: Unfounded COVID-19 claims will not be tolerated. This hard-line stance is unsurprising and is consistent with what we have come to expect from the regulator, particularly in circumstances where public health is concerned.

Whilst there has been an (un)healthy dose of marketing getting it wrong in the post COVID-19 world, it is worth noting that the CAP Code itself remains unchanged. With this, plus an awareness of the ASA's particular sensitivity around COVID-19 advertisements in mind, most businesses can hope to successfully navigate the pitfalls.