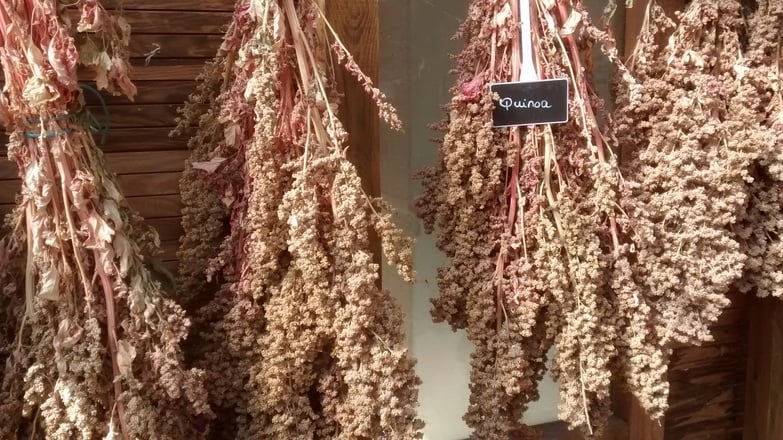 
Some 90g of quinoa provides your Recommended Daily Intake (RDI) of mood-stabilising manganese. Manganese is a mineral found in the human body in very minimal amounts and is a component of the manganese super oxide dismutase enzyme.

It is a powerful antioxidant that searches for free radicals in the human body and manages to neutralise these damaging particles and prevents any potential danger they may cause. The body may contain, at most, 20mg of manganese concentrated in the kidneys, pancreas, liver and bones.

Manganese is very important for normal functioning of the brain and nerve areas of our bodies. The U.S. Department of Agriculture (USDA) reports that men absorb less of this mineral than women. 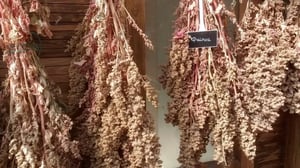 Turkey is a great source of tryptophan, one of the 22 standard amino acids and an essential amino acid in the human diet. It is also a building block of feel-good serotonin.

Serotonin is manufactured in the brain and can be found in blood platelets, pineal glands and the digestive tract of the body. It has quite a few functions, but its main duty is to send information from one area of the brain to the other by transmitting nerve messages to nerve cells. Serotonin is a neurotransmitter that plays an intricate role in the way we eat, sleep and behave. When the level of serotonin in the brain is changed, a person's behaviour will also be altered.

A normal level of serotonin promotes feelings of happiness, but at times, the body becomes overly stressed and will begin to use higher levels of serotonin to compensate for being overwhelmed. Due to the increased stress level, the body will not be able to produce more serotonin to replace the amount that was taken from the reserve. The body will suffer a recession, so to speak, which can lead to a mild to moderate case of depression – the lower the level of serotonin in the brain, the deeper the depression.

A 200g serving of turkey gets you to 480mg tryptophan, over and above the prescribed RDI.

Broad beans are a delicious way to stay upbeat. They contain levodopa, used to make the happy hormone dopamine. Dopamine has many functions in the brain, including important roles in behaviour and cognition, voluntary movement, motivation, punishment and reward, inhibition of prolactin production (involved in lactation and sexual gratification), sleep, dreaming, attention, working memory, learning, and mood. Broad beans are also a great source of fibre, protein and vitamins.

Four spears of asparagus provide 20% of your folic acid RDI, a deficiency of which King's College London researchers linked to neuropsychiatric and mood disorders. In fact researchers found that 33 per cent of those with psychiatric disorders were deficient in folate, while a survey of 93 elderly patients found 73 were deficient in iron or B vitamins, especially folic acid.

A single orange contains your RDI of vitamin C in a single serving. A study in the journal Endocrinology shows vitamin C is excreted at higher levels at times of stress.

Although the body's maximal store of vitamin C is largely determined by the renal threshold for blood, there are many tissues that maintain vitamin C concentrations far higher than in blood. Biological tissues that accumulate over 100 times the level in blood plasma of vitamin C are the adrenal glands, pituitary, thymus, corpus luteum, and retina. Those with 10 to 50 times the concentration present in blood plasma include the brain, spleen, lung, testicle, lymph nodes, liver, thyroid, small intestinal mucosa, leukocytes, pancreas, kidney and salivary glands.

Moderately higher blood levels of vitamin C measured in healthy persons have been found to be prospectively correlated with decreased risk of cardiovascular disease and ischaemic heart disease, and an increase in life expectancy.

The same study, published in The Lancet, found an inverse relationship between blood vitamin C levels and cancer risk in men, but not in women. An increase in blood level of 20 micromol/L of vitamin C (about 0.35 mg/dL, and representing a theoretical additional 50 grams of fruit and vegetables per day) was found epidemiologically to reduce the all-cause risk of mortality, four years after measuring it, by about 20%.

However, because this was not an intervention study, causation could not be proven, and vitamin C blood levels acting as a proxy marker for other differences between the groups could not be ruled out. However, the four-year long and prospective nature of the study did rule out proxy effect from any vitamin C lowering effects of immediately terminal illness, or near-end-of-life poor health.

Baked potatoes are a popular meal after marathon-training runs as they are rich in carbohydrates – containing more than twice the amount of carbohydrates compared to bread. As research published in the International Journal of Sport Nutrition and Exercise Metabolism in 2010 reports, carbohydrates are essential for optimal recovery of muscles following workouts. However, the meal wouldn't be entirely ideal for exercise recovery due to its lack of protein.

One 250g potato provides more than half your daily vitamin B6, which is needed to produce mood-lifting serotonin. Vitamin B6 is a water-soluble vitamin and is part of the vitamin B complex group. Several forms of the vitamin are known, but pyridoxal phosphate (PLP) is the active form and is a cofactor in many reactions of amino acid metabolism, including transamination, deamination, and decarboxylation. PLP also is necessary for the enzymatic reaction governing the release of glucose from glycogen.

Buckwheat is a crop which is primarily grown for extracting its grains. Buckwheat is different from other types of grains since it’s not a grass crop but a plant crop. Buckwheat is a very popular crop in Japan and Canada, however, consumption of the grain is on the decline in the US. The crop is grown in the summer season after the frost period is over and the plant ranges from 2 to 4 feet in height and takes almost two months to mature. As with other grains, the crop goes through a drying process, which is following by threshing and then the outer shell is removed.

Mild, moderate and severe blood sugar fluctuations can affect your mood and behaviour. After a meal, the food you eat is broken down into glucose and either used right away for energy or stored for use later on. Glucose is also made by the liver and pancreas. In order for the cells to use glucose, the hormone insulin must be present. If you have diabetes your body either does not produce insulin or cannot use it properly. Without enough insulin your blood sugar levels can get too high.

Non-diabetics can also experience fluctuations in blood sugar levels when skipping meals as a side effect of medications or from various other illnesses. Blood sugar levels are considered high if they climb to greater than 100mg/dL, and diabetes is diagnosed when the level reaches 126 mg/dL or more. A blood sugar level below 70 mg/dL is considered low. Both high and low blood glucose levels can cause a variety of symptoms, including mood swings.

Kale is a fantastic source of vitamin K and you can consume your RDI in just 15 grams. Vitamin K helps the body absorb dietary calcium and form strong bones, and studies have also linked it to helping prevent unstable moods.

Prawns are a good alternative for people who want the mood-boosting benefits of oily fish, but don’t like the texture. A 100 gram serving delivers almost 100% of your daily tryptophan, and over half your required selenium.

Low selenium levels in the UK diet are being blamed on the use of selenium-poor European grain – used, for example, to make flour for bread – which is inferior to the grain previously obtained from Canada.

The significance of selenium for mental health was highlighted by Professor Margaret Rayman from the University of Surrey, in her paper ‘The importance of selenium to human health’ published in the The Lancet, it lists scientific studies into this essential nutrient which have found that low selenium status can be associated with ‘a significantly greater incidence of depression and other negative mood states such as anxiety, confusion, and hostility.’

Selenium affects the functioning of certain neurotransmitters (brain chemicals) and, because this mineral is so important to mental health, if selenium levels are low the brain will receive a priority supply. Selenium is also known to be an important antioxidant and is required to make the antioxidant enzyme glutathione peroxidase.

Antioxidants are needed for a healthy immune system and to reduce ‘oxidative stress’ which can cause damage to cells in the brain and body. As well as benefiting those with depression, selenium supplementation has been found to reduce intractable epileptic seizures in children, and low levels of selenium in the elderly have been found to be associated with senility and Alzheimer’s disease.