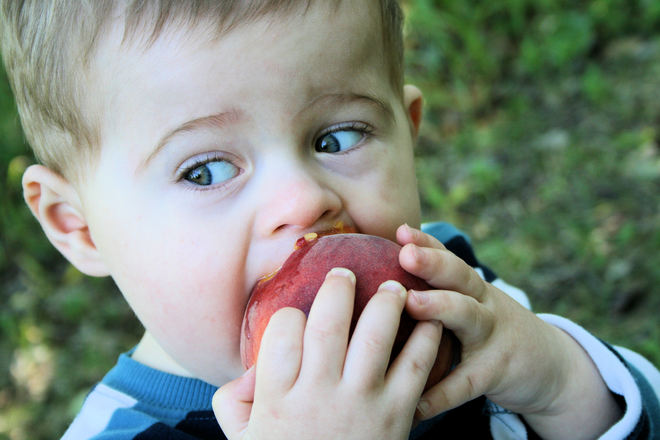 This post was originally published on The Conversation, and was written by Hayley Syrad, a PhD candidate at University College London (UCL).

If you want your toddler to be a healthy weight you might control portion sizes or the frequency of their meals and snacks. Of course, you could use both of these strategies, but a study we recently published found that one strategy is likely to be much more effective than the other depending on the traits in appetites of individual children. 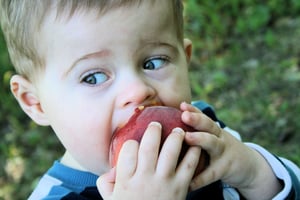 First you need to decide if your child shows “food responsiveness” or “satiety responsiveness”. Food responsiveness is the urge to eat when you see, smell or taste palatable food. We all experience this to some extent (like finding room for our favourite dessert, even when we’ve just eaten a large meal), but research has shown that children who react more strongly to appetising food than others are more likely to become overweight later on in life.

Another feature of appetite, satiety responsiveness, is a person’s sensitivity to feelings of fullness. We also know from research that children who take longer to feel full, or have a tendency to ignore their feeling of fullness, tend to get heavier over time.

What has been unclear, until now, is exactly how these two traits might lead to overeating, and consequently becoming overweight.

These eating patterns make sense, based on what is known about these two appetite characteristics. In the modern environment food is abundant, cheap, easily accessible and widely advertised, so children who are highly responsive to food have many opportunities to act on their urges to eat. At the same time, if a child takes longer to feel full, or is less sensitive tofullness signals, they are likely to eat more at a meal in order to feel satisfied. 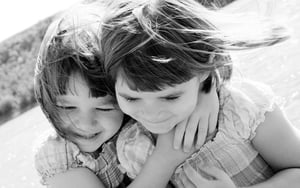 Our study involved 2,203 toddlers from Gemini, a large study of families with twins born in the UK in 2007. Parents completed a questionnaire when the children were 16-months-old which contained statements about how food responsive and satiety responsive each of their twins was.

Parents also completed food and drink diaries over three days for each twin when they were 21-months-old. Information from the food diaries was used to calculate each child’s average number of eating occasions (meals and snacks) and the average amount of calories eaten at each eating occasion, per day.

When Self-Regulation Breaks Down

Children naturally regulate their appetite quite well, so a big meal is offset by a smaller meal the next time, or a day with many meals is followed by a day with fewer meals to balance it out. What our study shows is that some children are better at this balancing act than others, and importantly less food responsive and more satiety responsive children do it in different ways.

We understand much more about possible routes to obesity now. Parents of children who are predisposed to overeat, which could be related to their genes, for example, may need more guidance on appropriate portion sizes, as well as guidance on meal and snack frequency.

Currently, there isn’t much guidance on how often parents should feed their toddlers or what size the portions should be. The Infant and Toddler Forum has developed recommendations on eating frequency and portion sizes for children aged one to four years, but suggest that children adjust their intake according to their appetite level. However, our study shows that not all children adjust their intake and that some parents may need more specific advice based on their child’s appetite.

If a child is food responsive, parents might benefit from advice on how to reduce the number of snacks their child eats. On the other hand, a parent whose child does not seem to have an “off switch” when eating, might need more tailored advice on appropriate portion sizes, or advice on how to say “no” if their child asks for seconds.

A recent study suggested tackling portion sizes at a policy level, for example reducing portion sizes in restaurants, or reducing the size of tableware. These changes are important for tackling obesity at a population level, but the current study highlights how individual differences in consumption behaviour also play a role. If we are to make any headway in tackling obesity we need a two pronged approach: a wider obesity strategy at a public health level, and more personalised guidance for families with young children.